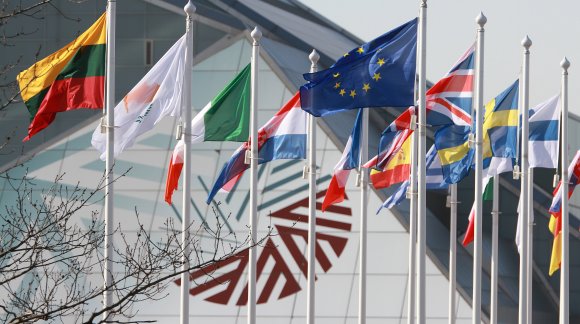 As one of the current top priorities for the EU, the European fund for strategic investments (EFSI) was an important dossier for the Latvian Presidency. The agreement reached with the European Parliament on the proposed regulation paved the way for final adoption before the end of the Latvian Presidency. This should enable new investments to begin already this summer, helping to boost economic growth.

Another high priority for the EU is the Energy Union, which deserved particular attention from the Latvian Presidency. Energy ministers adopted conclusions on its implementation, focusing on how to provide consumers with secure, sustainable and affordable energy and to encourage investment. Other aspects, such as the energy security strategy have also been analysed and discussed by ministers.

In line with the objective of completing the digital single market - a further priority for the EU - the Latvian Presidency has placed digital issues at the top of the agenda, and significant progress has been achieved over recent months. The Presidency managed to reach a general approach on the data protection regulation and a provisional agreement with the Parliament on abolishment of roaming and open internet access. The Presidency has also managed to agree with the Parliament on the main principles for the directive on network and information security (NIS).

Developments in the EU's immediate neighbourhood have also been a particular focus in recent months. A particular highlight of the Latvian Presidency was the Eastern Partnership summit in May, where the EU met with its Eastern counterparts. The importance of the EU's relationship with Eastern Partnership countries was further underlined through more than ten various themed high level meetings such as trade, health, agriculture, civil society, media, digital economy, justice, home affairs, border management and others.

The Latvian Presidency also paid particular attention to the renewal of EU's strategy towards Central Asia. This work resulted in Council conclusions that were adopted at the Foreign Affairs Council on 22nd of June and request the EEAS to come forward with proposals for effective implementation of the Strategy in accordance with the needs for a renewed partnership with the region.

Priority work of the Presidency

The Council adopted new rules aimed at increasing the pool of capital available for long-term investment by creating a new form of fund vehicle known as ELTIFs. It also agreed to increase significantly advance payments under the youth employment initiative (YEI), in order to speed up the fight against youth unemployment.

On environmental issues, the agreement with the European Parliament to create a market stability reserve is an important milestone on the way to the reform of the EU greenhouse gas emission trading scheme (ETS). The Presidency also paved the way to start the transition from conventional biofuels to advanced biofuels that deliver substantial greenhouse gas savings.

On transport issues, the Presidency successfully reached a political agreement with the European Parliament on new rules to improve rail interoperability and safety for European railways.

Latvian Presidency reached a political agreement on the new rules for the package holidays aiming to adapt to travel market developments. This was done in order to meet the needs of consumers and businesses in the digital era and to extend the protection for traditional packages to combinations of separate travel services, in particular if sold online.

On health issues, the Council agreed on its negotiating stance on two draft regulations aimed at modernising EU rules on medical devices and in vitro diagnostic medical devices. This will ensure the highest level of protection for European patients, consumers and healthcare professionals. It will also allow for safe, effective and innovative medical devices to be placed on the market and made available to users in a timely manner.

The Council agreed on its position on organic farming, as well as on the establishment of a multiannual plan for the stocks of cod, herring and sprat in the Baltic sea. The aim of this plan is to ensure that Baltic fish stocks are exploited in a sustainable way. There was also political agreement on the implementation of the landing obligation for fisheries as part of the EU's progressive elimination of discards.

An agreement was reached on a programme to help Member States provide interoperable digital services (ISA²). The aim is to make sure that European public administrations can interact electronically with each other and with citizens and businesses in a seamless manner.

In the context of EU efforts to support a peaceful solution to the conflict in Ukraine and to assist this country in the current critical situation, the Council approved €1.8 billion in further macro-financial assistance to Ukraine.

Over these months the Council has also made some steps forward in the fight against corporate tax avoidance, adding a binding anti-abuse clause to the EU's parent-subsidiary directive. It has also strengthened rules to prevent money laundering and terrorist financing with the approval of a new legislative package on these matters.

Following the terrorist attack in Paris and the subsequent attack in Copenhagen, the fight against terrorism has become even more important. As part of a strengthening of the EU's action in combatting terrorist threats and in line with the guidelines laid down by the European Council, the Presidency has organised a number of discussions on how to strengthen measures to combat terrorism in various different Council configurations, including at an important informal meeting of Home Affairs ministers in Riga in January. Further discussions in June have helped prepare for the debate at the forthcoming European Council.

The Latvian Presidency has also devoted significant efforts to preparing a political response to the tragedies in the Mediterranean that resulted in hundreds of deaths of refugees. Together with the High Representative/Vice President the Presidency organised a joint meeting of Foreign Affairs and Home Affairs ministers to discuss the EU's reaction and migration policy. This debate was followed by a Special Meeting of the European Council which set out various points for action. The Latvian Presidency together with institutions prepared and later renewed a road map for further work, which was submitted to the June European Council.

As part of the preparations for the UN climate change conference of Paris in December, the Council adopted a submission on the Intended Nationally Determined Contribution (INDC) of the EU and its member states. This document confirms the EU commitment to a binding target of at least a 40% reduction in greenhouse gas emissions by 2030 compared to 1990, as set out in the conclusions of the European Council of October 2014.

Finally, in the run-up to the international conference on Financing for Development in July 2015, the Latvian Presidency ensured an agreement on a strong and united EU position on financial and non-financial ways to support development, including a collective re-commitment to the ODA (Official Development Assistance) target of 0.7% of GNI, as well as more specific targets for support to Least Developed Countries.