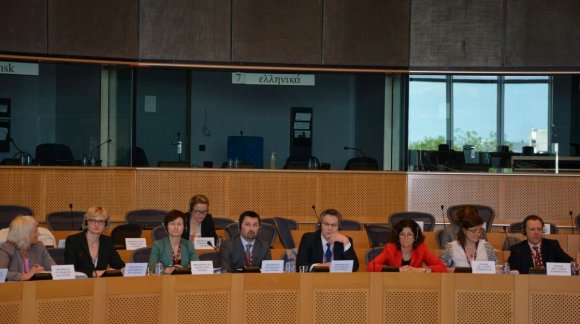 The European Parliament and the Council reached a provisional agreement on the outstanding issues concerning the proposal for a regulation on animal health law at an informal trilogue meeting on 1 June.

The regulation is expected to be formally adopted before the end of 2015, after the final procedures including the legal-linguistic revision of the text, are completed. It will become applicable 5 years after its entry into force.

Control and prevention of animal diseases

The animal health law aims to ensure high standards of animal and public health in the EU. It will provide a single overarching legal framework with harmonised principles across the sector, which is currently regulated by a series of linked and interrelated regulations and directives.

The rules of the animal health law shall take into account, among other elements, the relationship of animal health with public health, with food and feed safety, with antimicrobial resistance and with animal welfare, including the sparing of any avoidable pain, distress or suffering. However, they do not replace, duplicate or overlap with the existing EU legislation on animal welfare.

The animal health law will be complemented by a set of more detailed rules to be adopted at a later stage by the Commission in accordance with the empowerments defined by the co-legislators.

The proposal for a regulation on animal health law was originally issued as a part of a package of reviews relating to animal health, health of plants and official controls of plants, animals, food and feed.

"The new Regulation sets out a clear and single legal framework to ensure a better prevention and control of animal diseases transmissible between animals and from animals to humans. It takes into account new challenges such as diseases that up to recently were not known, increased trade volumes and technological developments" said Jānis Dūklavs, President of the Council and the Latvian Minister for Agriculture.