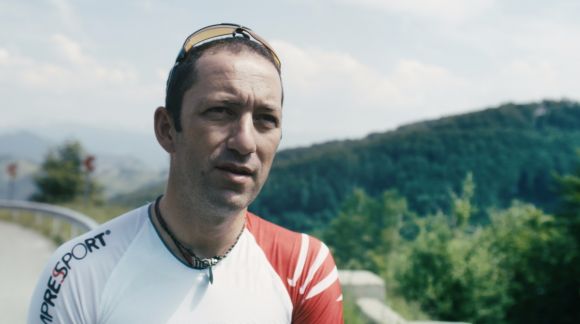 With the end of the first Latvian Presidency of the EU Council, the half-year-long trip through Europe of the #mindpower short film project dedicated to the 150th anniversary of Latvian poets Rainis and Aspazija also comes to its end. In the last episode of the project, their ideas resound in Romanian mountains.

During the first half of 2015, the creators of the project have visited all 28 EU Member States and have met various people – politicians, musicians, actors, scientists and many others. The short films reveal each of these personalities as well as the characteristics of each country and various aspects of Rainis and Aspazija’s works.

A proof of never-ending creativity

In the closing episode of the #mindpower series, the Romanian mountaineer Horia Colibăşanu reads an excerpt from the poem “Creative Spirit” by Aspazija included in the poetry collection “The Wings Spread Wide” (1920). Once again these words affirm one of the main themes of the project – human striving "upward", towards the wide space of ideas where the never-ending creativity dwells and it is possible to freely express one’s thoughts.

Horia Colibăşanu is considered Romania’s most successful high-altitude climber. He has ascended seven of the world's highest peaks — reaching over 8000 metres above the sea level — without supplementary oxygen and support of the Sherpas. Horia’s successful attempts include the highest peak of the Karakoram Mountain Range, the dangerous K2, and several Himalayan peaks: the difficult Annapurna and the unpredictable Manaslu. This year, he is planning to go on an expedition to Everest.

Horia is also successfully participating in the so called Ironman Triathlons, a race consisting of a 2.4-mile (3.8 kilometres) swim, a 112-mile (180 kilometres) bicycle ride and a 26.2-mile (42.2 kilometres) run. At home, he is also known as a motivational speaker holding lectures on risk, teamwork, crisis management and decision making for young climbers, students, journalists and businessmen. 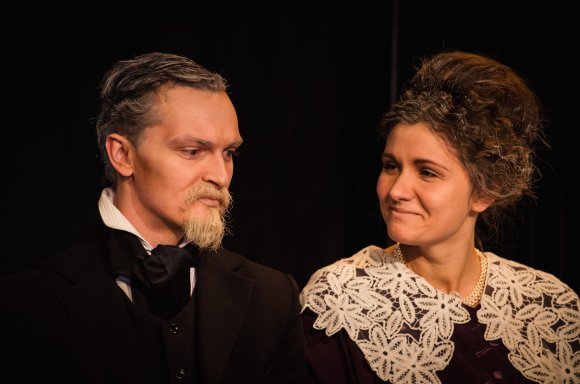 The initial goal of the #mindpower project was to find ideas expressed by Rainis and Aspazija that would be relevant nowadays – to bring their poetry together with people from various nations and to shape each of these meetings differently, adding some special feature to each of them. At the end of the project, however, the authors admit that they have experienced many surprises. On the one hand, Europe turned out to be surprising in its variety and beauty. But, on the other hand, the Europeanness of Rainis and Aspazija’s ideas was also surprising.

“The ideas that Rainis and Aspazija expressed a century ago are the real European mindpower. Meeting with various people in EU Member States and introducing them to excerpts from both poets’ works, we discovered that these quotes were considered to be precise, valuable and suitable. That means – alive,” says the director of the video project, Olafs Okonovs.

He explains that before going to other countries, languages and cultures, first he had to look in the mirror to understand what part of our inner space Rainis and Aspazija have occupied. He discovered layers of jokes and stereotypes, but also something fundamental beneath them – surprisingly many ideas that have become our own not in the form of quotes but in the form of beliefs. 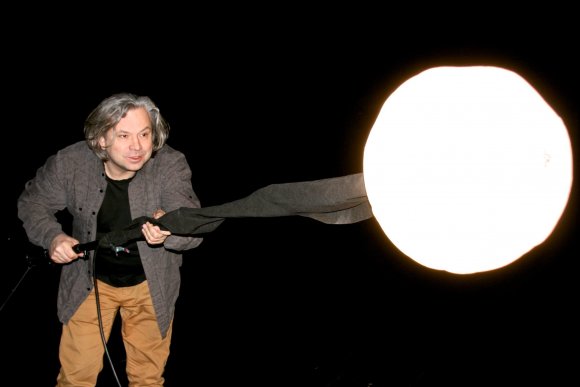 The director Olafs Okonovs at the shooting of a #mindpower episode. Photo: Juris Podnieks Studio

The director concludes that the ideas of both poets have strengthened the European identity of Latvians: “Travelling through countries and attentively observing cities, people and their behaviour, I see that we all have a common ground that underpins the European community. And it differs from other parts of the world. We are different in our languages, mentalities and history and yet we are the same. Europeans.”

The producer of the project, Marta Kontiņa, admits that she was surprised and inspired by the personalities she met: “In each country we had the honour to capture on film outstanding representatives of their fields of work, and they were all fantastic people. Besides, most of them were not actors and thus not accustomed to cameras. It was a challenge for them and sometimes, at the beginning of the film shooting, people were worried, but everything went well in a friendly atmosphere.” 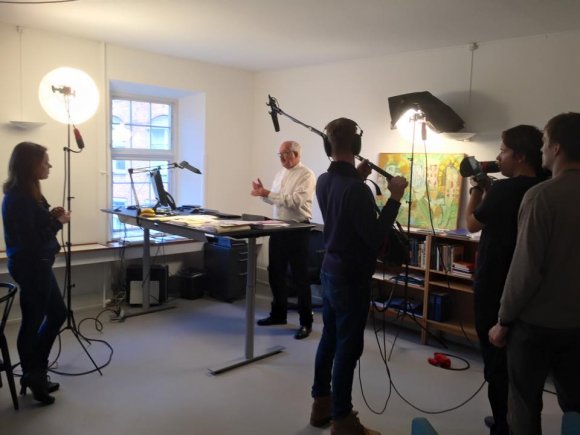 A significant part in the project was played by the people who translated Rainis and Aspazija’s texts into all the languages of the EU. Taking into account the considerable amount of work, the project team hopes to assemble and publish all the material in a printed edition and DVD. This would constitute a unique medium that could be used by schools, museums and other cultural institutions as well as Latvia’s diplomatic representations abroad to promote Latvian culture.

The creation of #mindpower – a complicated and exciting process

The authors of the project admit that the #mindpower was created in a complicated process. It needed a scrupulous work of coordination for half a year since the work had to be carried out in various directions simultaneously – selecting texts, translating, finding personalities, shooting, editing and promoting the finished episodes.

Most of the adventures are connected with the trips to the filming locations. It is impossible to count all the kilometres covered since the filming crew was traveling by plains, ferries, trains, rented cars and taxis. “We tried to combine as many countries as possible in one trip. In this respect, the support of the airBaltic airline was invaluable. Without it we would have to go on a European tour for several months by a rented car,” recalls Marta Kontiņa. The filming crew now jokingly says that they are experts in the fields of car rental, hostels and cheap but good food. 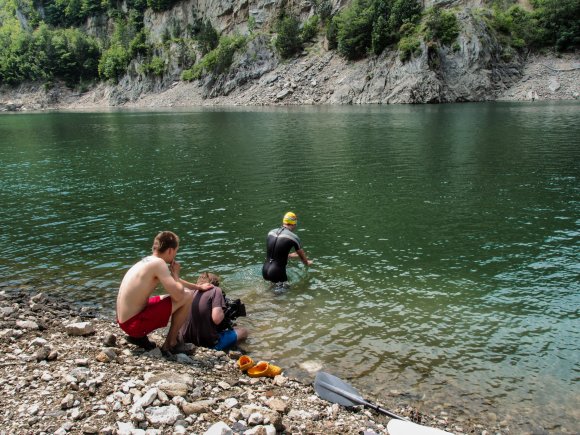 Shooting of the #mindpower episode in Romania. Photo: Mircea Gherase

In the name of art the crew was also ready for some extreme challenges – climbing a 1500 metres high mountain together with the Romanian mountaineer Horia Colibăşanu or creeping through a narrow ventilation shaft in an abandoned factory in Berlin where the graffiti artist Plotterroboter KEN created his painting.

Meanwhile, in Malta they filmed a family of sculptors – father and son – who made a sketch of Rainis in limestone. The filming crew didn’t want to leave it in exile and decided to bring the stone to Latvia. Unfortunately, the security control at the airport didn’t consider the stone safe enough and they were ordered to leave it in Malta. The airport employees promised, however, to find an appropriate place for Rainis’ portrait. 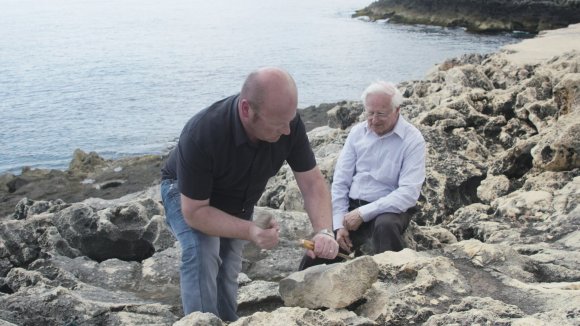 The project was created by the Juris Podnieks Studio, the films were directed by Olafs Okonovs with the help of four cameramen – Aleksandrs Grebņevs, Dainis Juraga, Aigars Sērmukšs and Kaspars Braķis. In Latvia, Rainis was portrayed by the popular musician Goran Gora and Aspazija – by Eva Ikstena-Strapcāne, the cultural news presenter at the Latvian Television. The project was supported by the Latvian national airline airBaltic, Jūrmala City, the Information Office of the European Parliament and the Latvian Institute.

The #mindpower videos will be further on display on the Presidency's website EU2015.LV, official Youtube channel and the project's Facebook page. Until now all the episodes have been watched around 125 000 times on various social networks.

Media release 7 July 15:37
Address of Prime Minister Laimdota Straujuma to the EP on the progress made by the Latvian Presidency