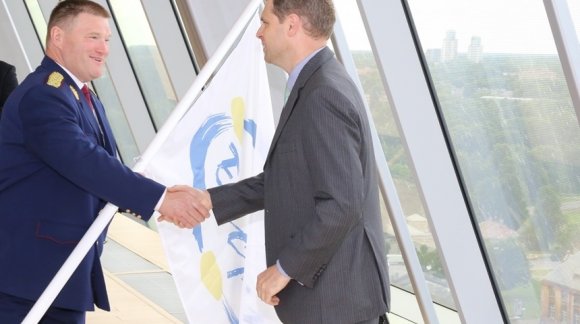 On 29-30 June, the second board meeting of the European Crime Prevention Network (EUCPN) took place at the National Library of Latvia. During the meeting participants discussed issues related to organised crime and how to provide support to the European authorities in combating it.

As Ilze Bērziņa-Ruķere, the Chair of the EUCPN, concluded:  “All participants acknowledge the importance of the exchange of information, experience and best practice for the EUCPN’s effective functioning in all EU Member States and the promotion of information exchange about prevention issues and activities that help to reduce different types of crimes. Work that has been started during the Latvian Presidency of the EU Council and the aims jointly stipulated for the next five years will be continued under the guidance of Luxembourg Presidency.”

In several working group sessions, the participants discussed the EUCPN multiannual strategy project for 2016-2020 and ways how to achieve its stipulated goals. The strategy project was developed on the basis of survey done by the EUCPN’s participants from all the EU Member States, and the analysis of the obtained data. Goals and activities included in the strategy project are based on the availability of the EUCPN to its target audiences, quality knowledge and coordination of crime prevention issues at national and local level, and on the implementation of the operation according to the EU priorities in reducing crime.

A representative from the State Police of Latvia introduced the other participants with Latvia’s experience gained from an international project, which collects best practice of other countries in simplifying crime investigation. The participants were also introduced with the project on children safeguarding implemented in Belgium, including prevention of domestic violence.

The board meeting was attended by high-level officials from EU Member States responsible for coordination and dissemination of information about crime prevention policies in their respective Member States.

In total, there have been twenty home affairs events organised in Latvia within the Latvian Presidency of the EU Council.