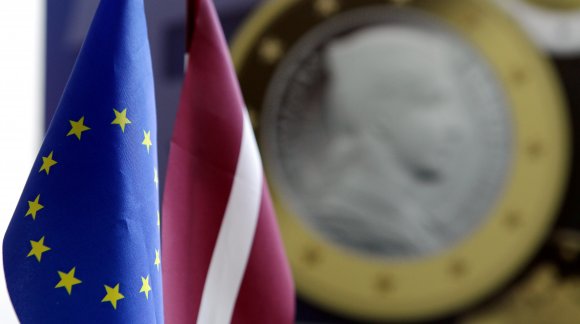 The Permanent Representatives Committee (Coreper) on 9 June 2015 approved, on behalf of the Council, a compromise agreement on a European fund for strategic investments (EFSI) aimed at stimulating the economy.

The compromise reached with the European Parliament on 28 May 2015 paves the way for new investments to begin in mid-2015.

"In the current economic context, there is a clear need to boost investment," said Jānis Reirs, Minister for Finance of Latvia and President of the Council. "With an enhanced risk-bearing capacity, this new fund will create the conditions needed for the private sector to become involved."

The EFSI is intended to stimulate participation by private investors in a broad range of new investment projects. By taking on part of the risk through a first-loss liability, it is expected to achieve an overall multiplier effect of 1:15 in real investment. Such leverage will eventually allow more than €300bn of additional investment to be mobilised during a three-year investment period.

The fund will be built on €16 billion in guarantees from the EU budget and €5 billion from the European Investment Bank. To facilitate the payment of potential guarantee calls, a guarantee fund will be established so as to gradually reach €8 billion (i.e. 50% of total EU guarantee obligations).

A broad range of projects

The EFSI will be established within the EIB by an agreement between the EIB and the Commission. It will operate for an initial investment period of four years.

The fund will support projects in a broad range of areas, including transport, energy and broadband infrastructure, education, health, research and risk finance for SMEs. It will target socially and economically viable projects without any sector-specific or regional pre-allocation, in particular to address market failures. The EFSI will complement and be additional to ongoing EU programmes and traditional EIB activities.

Lifetime of the fund

EU funding will come from redeploying grants from the Connecting Europe facility (transport, energy and digital networks) and the Horizon 2020 programme (research and innovation), as well as unused margins in the EU's annual budget. As part of the deal, the Council and the Parliament agreed to increase the share of financing coming from unused margins, in comparison with what the Commission proposed, in order to reduce contributions from Horizon 2020 and the Connecting Europe facility (CEF).

The agreement reached on funding is as follows:

Governance of the fund

The EFSI regulation provides for a two-tier governance structure:

A steering board will set the overall strategy, investment policy and risk profile of the fund. To ensure an impartial steering board and avoid political influence over the selection of projects, the board members will come from the Commission and the EIB only. Their numbers will reflect the institutions' size of contributions in the form of cash or guarantees. The steering board will take decisions by consensus. It will regularly consult stakeholders.

An independent investment committee will select projects to receive EFSI support. Accountable to the steering board, it will consist of eight independent experts and a managing director. The managing director will be responsible for the day-to-day management of the EFSI and the preparation and chairing of meetings of the investment committee. The committee will take decisions by simple majority. Any project supported by the EFSI will require approval by the EIB.

Contributions to the fund

Third parties, including member states' national promotional banks, will be able to co-finance projects together with the EFSI, either on a project-by-project basis or through investment platforms.

The agreement with the Parliament was reached during a trilogue meeting in Brussels on 27 and 28 May, while the final trilogue endorsement took place on 4 June. Council and Parliament representatives met in nine trilogues since 23 April 2015, having agreed their respective negotiating stances in March and April.

The EFSI regulation will now be submitted to the European Parliament for a vote at first reading, expected on 24 June, and to the Council for final adoption. Signature of the regulation is foreseen before the end of June, which will allow it to enter into force at the beginning of July 2015. The first EFSI operations could be approved as early as mid-September.