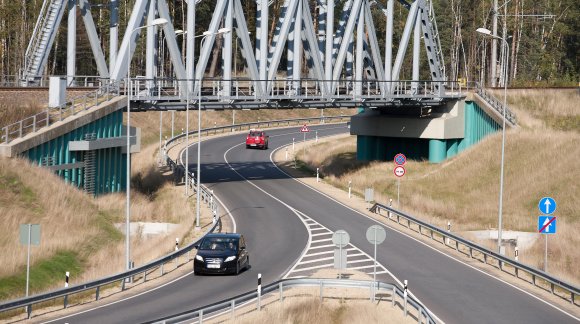 Rules for sharing information on traffic offences committed by drivers of foreign vehicles will apply to all EU countries from 2017.

The extension of the existing rules to include the United Kingdom, Ireland and Denmark is the main change brought about by the new cross-border enforcement directive adopted by the Council on 2 March 2015.

The EU already has a directive on sharing information on road traffic offences. This was adopted in 2011 with police cooperation as its legal basis. Due to their special position with regard to police cooperation, the United Kingdom, Ireland and Denmark did not participate.

A new directive became necessary when the Court of Justice ruled on 6 May 2014 that the legal basis should be transport. The old directive was annulled, but the Court provided a period of one year for a new legal act to be in place.

The rapid adoption of the new directive means that there will be no gap in the application of the rules. It also underlines the importance of EU action in this area.

The aim of the directive remains unchanged: it is to improve road safety and ensure equal treatment of  drivers.

How the system works?

Under the directive, member states may access each other's national vehicle registration data to track down persons liable for certain offences that jeopardise road safety. The presumed offender can be contacted using a model letter included in the directive. It is up to the member state in which the offence took place to decide on the follow-up, such as imposing a fine. The sharing of data covers eight major road-safety-related offences: speeding, not using a seatbelt, failing to stop at red lights, drink driving, driving under the influence of drugs, not wearing a safety helmet, using a forbidden lane, and illegally using a mobile phone, or any other communications device, while driving.

How serious is the problem of traffic offences committed abroad?

According to the Commission, a driver of a car registered abroad is three times more likely to commit offences than a resident driver. In busy transit and tourist countries speeding offences committed by non-residents can reach 50% of the total number of offences during the peak season.

Agreement with the European Parliament was reached in December 2014. The Parliament voted at its plenary session on 11 February 2015.

The new directive will enter into force four days after its publication in the EU Official Journal. This is expected to take place a few days after the directive has been signed by representatives of the Council and the European Parliament. Member states must incorporate it into their national laws by 6 May 2015.

As the United Kingdom, Ireland and Denmark will need to make an additional effort to put the system in place, they will have two more years to adopt their national provisions (6 May 2017).

The Commission will assess the effectiveness of the directive by November 2016. At that stage it may propose changes to it.