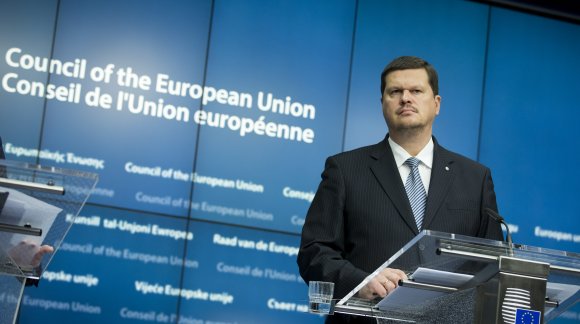 The Council discussed the preparations for the UN Climate Change conference that will take place in Paris in December. The aim of the conference is to adopt an ambitious, legally binding global agreement to be implemented from 2020.

As part of these preparations, the Council adopted the submission on the Intended Nationally Determined Contribution (INDC) of the EU and its Member States.

The submission confirms that the EU and its Member States are committed to a binding target of at least a 40% domestic reduction in greenhouse gas emissions by 2030 compared to 1990, to be fulfilled jointly, as set out in the conclusions of the European Council of October 2014.

The submission was sent today to the Secretariat of the United Nations Framework Convention on Climate (UNFCCC) to be published on its website.

The Latvian Minister for Environmental Protection, Kaspars Gerhards, stressed that "A focused and all-encompassing climate diplomacy will be needed this year in order to build the necessary alliances for an ambitious agreement in Paris".

The Council addressed climate change issues of the Energy Union, focusing on decarbonisation of the economy.

Ministers also discussed the environment related aspects of the Annual Growth Survey with a view to the mid-term review of the Europe 2020 strategy.

Ministers focused on how the strategy could best contribute to the move towards a resource efficient, circular and low carbon economy.

Minister Gerhards said that "There are synergies between resource efficiency and digitalisation that need to be explored and this comes at a particularly opportune moment to contribute to the forthcoming EU's digital single market strategy".

The Council assessed the latest developments in the negotiations on the post-2015 development agenda, to be adopted at the UN General Assembly summit in September 2015.

Over lunch ministers exchanged views with the European Environment Agency on the results of its recent report “The European environment - state and outlook 2015”.

Furthermore, the Council adopted without debate a decision concerning the accession of the European Union to the Convention on International Trade in Endangered Species of Wild Fauna and Flora (CITES).