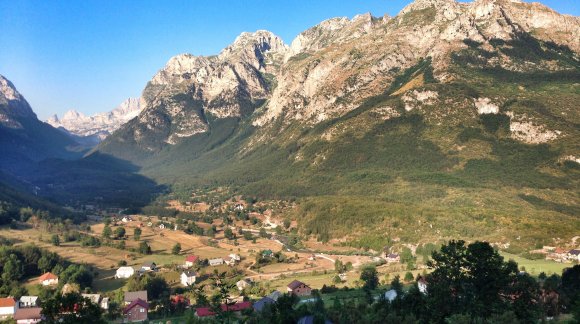 For centuries Central Asia has been a region of strategic importance, linking Europe and Asia. Since gaining independence, the five Central Asian countries - Kazakhstan, Kyrgyzstan, Tajikistan, Turkmenistan and Uzbekistan - have gone through a major political and economic transformation, with the creation of independent state and political institutions and their transition from a planned to a market economy. The common objective of achieving stability and prosperity through cooperation has made the countries of the European Union and Central Asia close partners.

The Central Asian countries are of ever increasing importance on the world stage, and this region is crucial for the EU because it serves as an economic bridge between Europe and China. Often known as the Silk Road Economic Belt, it harbours immeasurable, untapped economic potential.

EU-Central Asian cooperation is important also in terms of the region's security. The EU is Central Asia's second-largest trading partner after China and also acts as a mediator and donor in the field of cooperation projects aimed at modernisation and reform. The Central Asian region has enormous potential in terms of business and development opportunities - for the 2014-2020 period, 1.068 billion euros of funding is available for the EU-Central Asia Strategy programme, an increase of 56% over the previous period (2007-2013).

Since 2007, when the EU developed a political strategy for cooperation with the Central Asian countries, the bi-regional relationship in various fields has become closer. Over time, both the EU and the Central Asian countries have consistently confirmed their intention to continue to work on the promotion of mutual cooperation. As the region faces new and escalating security challenges, in particular in the context of Afghanistan, security issues are at the forefront of its relations with the EU.

Education, the rule of law, energy and transport, environmental management and challenges relating to water resources management, as well as trade and economic relations – these are the key sectors in which the EU and Central Asia have developed close cooperation. The Latvian Presidency has made effective use both of the existing good bilateral relations with Central Asian countries and of its knowledge of the region to bring three areas to the forefront of cooperation activities:

One of the main initiatives is the Border Management Programme in Central Asia (BOMCA). The main aim of the programme is to provide support for the progressive implementation of modern border management methods in all five Central Asian countries. The improvement of border security and the promotion of legitimate trade and transit flows are the most important of the modern border management objectives. BOMCA includes both institutional reforms and the improvement of professional skills, anti-drug capacity-building and improvements at border crossing points.

The EU has granted 8.79 million euros to making improvements in this area and the programme is scheduled to be implemented over a 36-month period. For the first time in its history, Latvia will play the lead role among the EU Member States in implementing the project. The Latvian Border Guard Board is the project leader, and will also coordinate work done by the other EU Member States involved (Austria, Hungary, Lithuania etc.). Practical implementation of the project will begin in autumn 2015 and will last until 2018.

Adapting education to labour market requirements and introducing quality management and higher educational  standards are particularly important factors, because the majority of the population in Central Asia is under 25 years of age and thus offers significant potential for the development of each country and the region as a whole.

The EU-Central Asia Education Initiative was created with the aim of developing higher education systems, modernising institutions and the learning process and aligning qualifications in order to promote international cooperation in the field of education. The cooperation encompasses training programmes for employees in state institutions, while the number of scholarships for Central Asian students in the EU was also raised along with total funding for educational purposes.

EU education programmes, especially ERASMUS +, are essential tools for helping the Central Asian institutions to become more modern and to extend their cooperation networks, thus allowing more and more people to gain international experience. Coupling the education, research and labour markets will promote the development of innovation and job opportunities for young people, while also contributing to the sustainability of the region's economic development.

The Latvian Ministry of Foreign Affairs and its partners (the United States, Luxembourg, Norway, Sweden, etc.) have also introduced the further training programme run by the Riga Graduate School of Law and its partner institutions in the joint project since 2014. This three-month advanced programme in law and economics is aimed at representatives involved in the EU's Neighbourhood Policy, Central Asian public administrations and the diplomatic service, as well as representatives from civil society, and includes visits to the EU institutions.

The Central Asian region faces major environmental challenges and the direct impact of climate changes. As the countries of the region are situated in a land-locked mountain glacier area and agriculture accounts for a substantial proportion of their economies, water is one of the most precious resources in Central Asia.

The EU-Central Asian dialogue on environmental issues is designed to promote environmental protection, better water resource management and cross-country cooperation in the Central Asia region on water resource management. Cooperation in this field also includes improvements in land and forest management, stabilising the shrinkage of the Aral Sea and mitigating climate change and the impact of natural disasters through the introduction of clean technologies.

Central Asian issues in the spotlight of the Latvian Presidency

One of the Latvian Presidency’s priorities is 'Engaged Europe' with Central Asia and closer cooperation between the EU and Central Asian countries among the main issues that the Presidency gives importance to. This is being implemented in close cooperation with the High Representative of the Union for Foreign Affairs and Security Policy, Federica Mogherini, the European External Action Service and the European Commission.

The re-establishment of the post of EU Special Representative for Central Asia was an important task for the Presidency, because after the resignation of the last special representative in March 2014 the EU had been represented in Central Asia by a special envoy with less political power.

With the support of the High Representative and the Member States, this task was accomplished in mid-April 2015 when the State Secretary at the Slovak Foreign Ministry and the former Slovak Ambassador to NATO, the USA and the UN, Peter Burian, was appointed as EU Special Representative for Central Asia. A representative from the Latvian Foreign Ministry has been appointed as one of his advisers. This decision confirms that the EU is increasing its presence in the region and will continue its cooperation by providing constant high-level political engagement in addressing the challenges facing the region.

It has been eight years since the adoption of the EU Strategy for Central Asia, and both the EU and Central Asia are convinced that the mutual relationship between the regions and the constituent countries has progressed significantly. The last review of progress made in implementing the strategy carried out in June 2012 reaffirmed its importance and the priority cooperation areas. This year, during the Latvian Presidency, the fourth review of the strategy took place and the conclusions were approved at the Foreign Affairs Council on 22 June.

The review of the strategy reflects on the work done, highlighting achievements and taking into consideration the new challenges in the region for further implementation of the strategy. In the new strategy, the Member States pay more attention to the promotion of trade and energy links between the two regions and to strengthening cooperation to ensure security and stability. The reviewed strategy focuses particularly on the promotion of sustainable development principles in all areas of cooperation. The EU also focuses more on the promotion of a reliable and attractive investment environment and bilateral relationships between countries.

Latvia also actively supported pressing forward with the EU-Kazakhstan Enhanced Partnership and Cooperation Agreement and commended Kazakhstan’s negotiations on its accession to the World Trade Organization, as both of these steps will significantly strengthen Kazakhstan’s role in developing trade.

During the last six months, the Latvian Presidency has contributed significantly to the discussions on various issues of importance for Central Asia by organising a variety of different-level events in Latvia, Brussels and the EU and Central Asian capitals. For instance, the Green Bridge Forum in Latvia brought together representatives from different countries and businesses to discuss clean technologies and sustainable development, and a conference on EU-Central Asia cooperation, drug prevention, combating terrorism, and women's economic rights was held in Brussels.