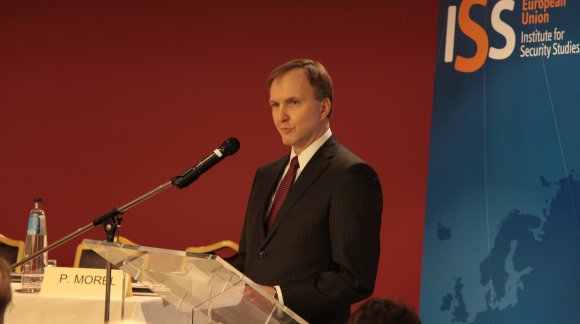 On 30 January in Brussels, the Latvian Presidency of the Council of the EU in cooperation with the Institute for European Politics (Institut für Europäische Politik) in Berlin and the European Union Institute for Security Studies in Paris is organising conference entitled EU and Central Asia Cooperation: Reality Checks, Lessons Learned and Ways Ahead.

The theme of the conference reflects one of the priority lines of action of the Latvian Presidency – promoting closer cooperation between the EU and the countries of Central Asia.

This particular Latvian Presidency event contributes to a broader discussion between the EU and the Central Asian countries on cooperation priorities in light of the changing geopolitical environment, the shared interests and the current needs of the countries in Central Asia. The conference is held at the time when the Council of the EU has launched the review process of the EU Strategy for Central Asia, which should be finalised by the end of the Latvian Presidency.

The conference will be opened by Andrejs Pildegovičs, the State Secretary of the Ministry of Foreign Affairs, and Helga Schmidt, the Deputy Secretary General of the European External Action Service. The event will bring together representatives from the EU Member State's governments, the embassies of the Central Asian countries in Brussels, and international organisations, as well as experts from a number of well-known European, American and Central Asian research institutions and academia.