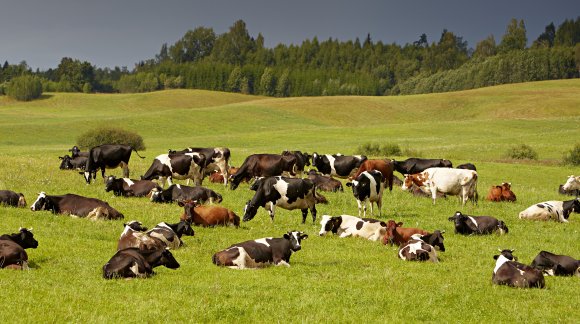 Organic farming in the EU has developed rapidly in the last decade and more new producers are entering this sector each year in response to growing demand.

Faced with these new challenges, the EU has identified the need to improve the regulatory framework for the sector, so the drafting of an organic farming regulation is naturally one of the Latvian Presidency's key priorities in the field of agriculture.

Organic farming is an agricultural system which respects natural plant and animal growth cycles and provides consumers with high-quality products. It helps reduce the human impact on the environment and operates as naturally as possible by following a number of principles:

Organic farming encompasses not only crop-growing and raising livestock, but also extends to the food processing, distribution and retailing sectors.

A strict control system provides for checks to be carried out at each stage of the organic chain, so all parties involved in organic farming should receive a certificate of conformity attesting that the product complies with all the requirements of organic production.

Even though the rules which must be observed by organic food producers, processors, distributors, suppliers and retailers are very strict, the EU organic farming sector has grown substantially in the last decade and both the number of farms and the land area used for organic farming have doubled:

The Latvian organic farming sector experienced rapid development after Latvia's accession to the EU and is continuing to grow steadily. In 2015, there were almost 3 500 certified organic farms, and the number of organic product-processing enterprises has also increased significantly.

The main priority in agriculture

Currently, the EU faces various challenges that need to be addressed by improving the existing organic farming regulation, which is why the European Commission adopted the legislative proposal for a new Regulation on organic production and labelling of organic products in March 2014.

The proposal is based on an Impact Assessment Report which was prepared by collecting 45 000 opinions from consumers and producers.

The Regulation on organic farming is one of the main priorities of the Latvian Presidency in the field of agriculture which, if adopted, would bring several important improvements. It would:

Taking into consideration the political guidelines it received at the EU Agriculture and Fisheries Council meeting in late 2014, the Latvian Presidency has worked intensively on the compromise text for the EU organic farming regulation.

The compromise proposal has been considered at expert level in the EU Council working groups on food quality, and at political level at the monthly meetings of the Special Committee on Agriculture and at the Agriculture and Fisheries Council meetings in March, May and June.

The Latvian Presidency has made substantial progress and will continue its work to reach an agreement on sensitive issues. The main challenge facing the Presidency is to reach a general agreement at Council level so that negotiations can start with the European Parliament on the proposal for a regulation on organic farming.

Several events devoted to this topic will take place during the Latvian Presidency, the most important of which is the 9th European Organic Congress: "Designing our Future".