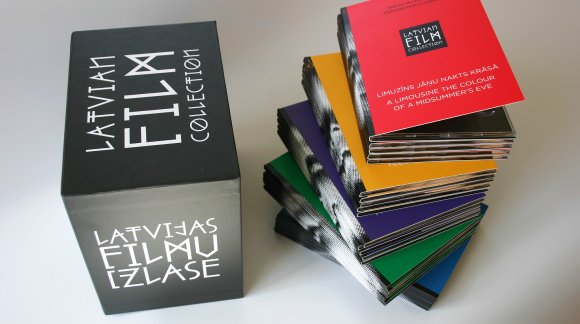 The Latvian Presidency of the Council of the European Union presents a great opportunity for Latvia to show other countries what kind of a country it really is – not by citing population figures and economic indicators, but by laying bare its soul and depicting the emotions that typify the country.  To do so, there is no more potent tool than film. As part of the Latvian EU Council Presidency cultural programme, the National Film Centre of Latvia (NKC) has thus compiled a comprehensive collection of films, ranging from the classics to contemporary masterpieces.

A total of 25 DVD discs have been thematically arranged to present 70 films of various lengths and genres (10 feature films, 16 documentaries and 44 animation films) that portray the most poignant and characteristic pages of Latvian film from yesteryear to the present day. This collection speaks the language of feelings, demonstrating the mentality of the Latvian people through its intangible nuances. 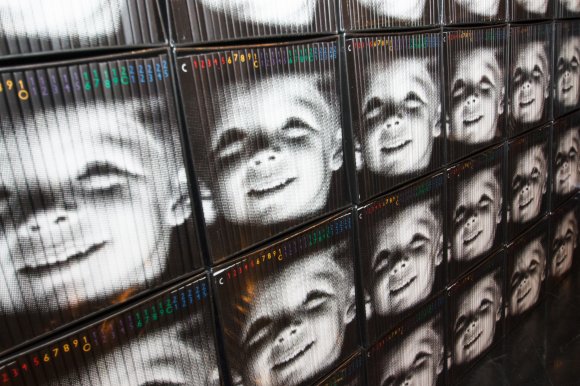 The Director of the NKC, Dita Rietuma, draws particular attention to the cover of the DVD compilation that features a shot from Vecāks par desmit minūtēm / Ten Minutes Older (1978) by Herz Frank – a documentary film which portrays the emotional rollercoaster experienced by a child eagerly watching a puppet show. This shot represents the phenomenon of viewing a work of art, including films. A child’s face becomes the most contradictory mirror of emotions – from fear to delight – and unveils the power and importance of film and its ability to evoke the widest range of emotions in the viewer.

The Latvian Film Collection is the first presentation of Latvian films in DVD format on such a large scale. The compilers of the collection hope to spark local interest in discovering Latvian films, and to also make these films available for international viewers.

According to the Director of the Latvian Institute, Karina Pētersone, this collection shows foreigners that Latvian films are a serious and competitive art form of high artistic quality.

In collaboration with the Latvian Institute, a special section devoted to these films has been set up on the If you like Latvia, Latvia likes you Facebook page to promote this collection. Facebook users can take a test there to find out which Latvian film character they most resemble.

Many of the film collections have already found a new home in other countries of the world – in Latvian embassies, diplomatic missions and honorary consulates, and in foreign libraries and centres for Baltic studies, thus presenting the audio-visual cultural heritage of Latvia at a time when it holds the Presidency of the EU Council. When the film collection was presented on 13 May, several dozen DVD compilations were gifted to Latvian national and regional libraries, and the libraries of higher education institutions, cultural education institutions and local education authorities.

Kristīne Matīsa, a Senior Executive at the National Film Centre of Latvia, is pleased that this significant time for Latvia, when it holds the Presidency of the EU Council, has provided an opportunity and incentive to create an overview of Latvian film history. "One could say that this is a short account of Latvian film:  a ‘gentlemen’s set’ of essentials that everyone should know about the most important stages in the development of Latvian cinema," concludes Kristīne Matīsa.

She explains that the film collection is grouped into two chronological periods – classical and modern cinema. The feature film section of the classical period (1960s to 1980s) includes literary adaptations such as the films Purva bridējs / The Swamp Treader (1966) and Pie bagātās kundzes / My Wealthy Mistress (1969), as well as a film once subject to Soviet censorship — Četri balti krekli / Four White Shirts (1967) – and the most popular Latvian film of all time, Limuzīns Jāņu nakts krāsā / A Limousine the Colour of Midsummer’s Night (1981). 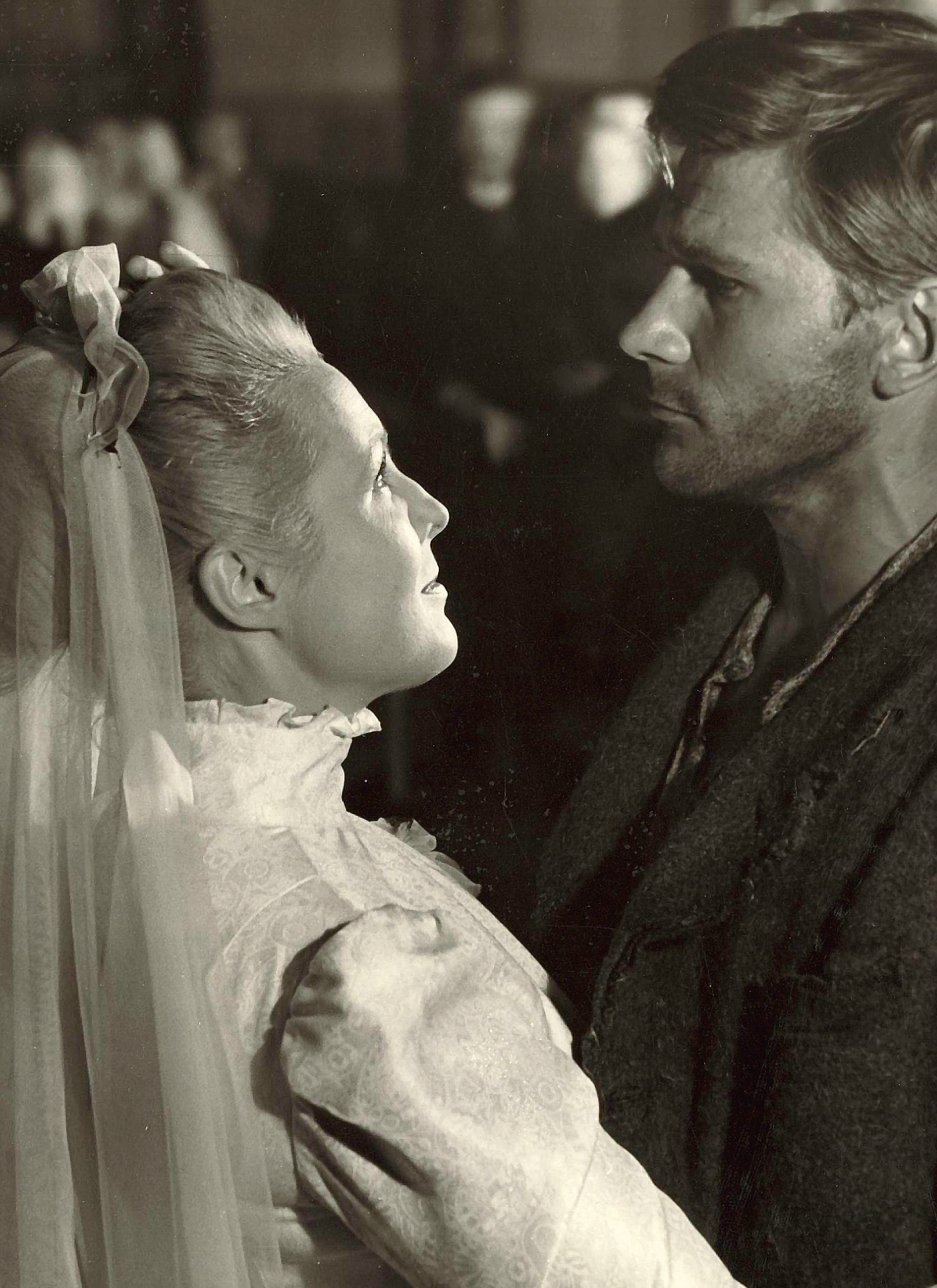 In the realm of documentary films, Latvia’s name has been written into the pages of film history since the early 1960s thanks to a particular phenomenon: the school of poetic documentary film, in which a whole range of directors and cameramen have been active. The likes of Herz Frank, Juris Podnieks and Ivars Seleckis all achieved worldwide fame in their respective eras, and the film collection includes some of their legendary films, as well as those of other filmmakers.

Latvian animation, on the other hand, began to develop in two directions in the mid-1960s. A sound foundation for stop motion (puppet) animation was laid by director Arnolds Burovs, while director Roze Stiebra and operator Ansis Bērziņš worked productively and successfully using the cut-out technique and, since the beginning of the 1980s, also drawn animation.

In the 1990s Latvian film experienced radical change along with the rest of society as the country regained independence and both the economic situation and the circumstances for creative work changed at their very core. This, however, did not affect the creative potential of the filmmakers, as is demonstrated in the contemporary section of the film collection.

The contemporary feature film set shows that two trends are equally apparent in 21st-century Latvia – distinctive auteur films that enjoy critical acclaim and success at international film festivals, and films aimed at a wide range of viewers, including both high-quality family films and historically patriotic large-scale productions. Ideally, both of these trends can be brought together, as was the case with director Jānis Nords’ feature film, Mammu, es tevi mīlu / Mother, I love you (2013).

Contemporary documentary cinema covers a vast spectrum of genres, from pictorial examples of contemplative documentaries to works based on visually surprising and internationally significant historical research; from extravagant multi-layered art documentaries to appealing stories of ‘common people’ that nevertheless pose important questions about life and cinema.

In terms of the number of films, the most extensive part of the collection is made up of contemporary animation films for children and adults. This is also the genre for which contemporary Latvia gains its widest recognition on the international film scene. Available for viewing on separate discs are two feature-length animation films created in 2014 — film director Signe Baumane’s Akmeņi manās kabatās / Rocks in my Pockets and Zelta zirgs / The Golden Horse, Reinis Kalnaellis’ adaptation based on a play written by Latvian writer Jānis Rainis. 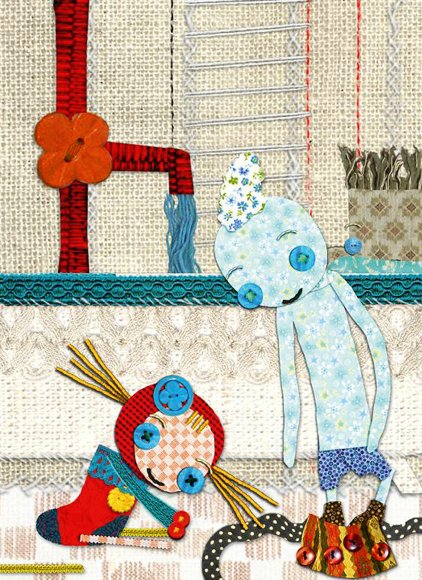 How the Shummies Bathed (Edmunds Jansons, 2010)

All the films are available with subtitles in English, French, German, Italian and Russian. Each collection set includes a full catalogue in Latvian and English of all the films and their authors. This describes the content of each film and explains its significance in the history of Latvian cinema.

The film collection set is designed by artist Arnis Grīnbergs and the editor of the catalogue is Kristīne Matīsa. The DVDs were prepared in the Lokomotīve studio, and the Ego Media studio was responsible for translating and subtitling the films.