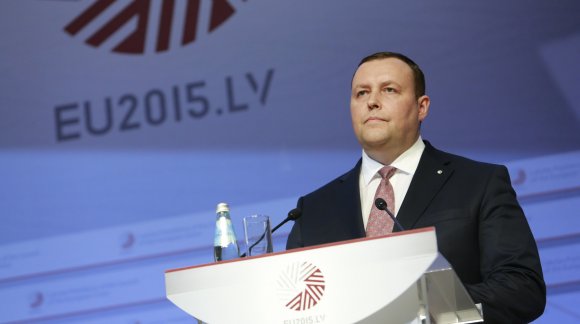 The Presidency is deeply concerned by the developments in the Mediterranean. The situation needs to be addressed by tackling it at its roots. The Presidency welcomes the joint meeting of EU Ministers for Foreign Affairs and Ministers for Home Affairs taking place in the afternoon of 20 April.

It is clear that, as long as there is instability in our neighbourhood, people will continue to seek a safe haven. There are human lives at risk and the European Union together with regional and global partners has a humanitarian obligation to act. What is needed is speedy action to prevent further loss of life.

The Minister for Interior Rihards Kozlovskis said: “I welcome the Commission’s commitment towards developing a new European Migration Agenda. At the same time I would like to request the Commission to swiftly propose additional means that could be allocated to FRONTEX and to come up with proposal in close cooperation with appropriate EU agencies to step up efforts in the fight against human smuggling. Additional resources should also be allocated to countries receiving migrants and options should be explored for setting up a full-fledged search and rescue operation of the EU.”

The Presidency is committed to facilitate swift adoption of short-term emergency measures once they are proposed by the European Commission.

The Presidency also recognises that as long as countries of origin and transit do not attempt to prevent inappropriate boats from departure, people will continue to put their lives at risk. A large part of our work should be dedicated to working with third countries.

The Minister for Foreign Affairs Edgars Rinkēvičs said: “I invite the High Representative and the European External Action service to take up contact with Egypt, Tunisia and other Northern African countries with the aim to ask them to exercise more control in order to prevent ships from going on dangerous journeys, as well as to request the participation of these countries in search and rescue operations. I also invite the service to invite the African Union in order to request assistance.”

The Presidency reiterates its support to the diplomatic efforts in resolving the ongoing political crisis in Libya. These efforts should be further strengthened and viable solutions implemented as soon as possible.