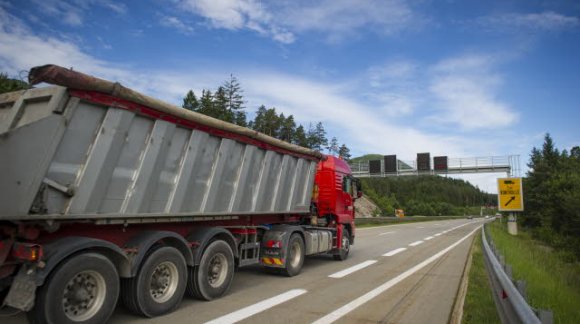 Lorry and bus manufacturers will be allowed to exceed current length and weight limits to use designs that will improve road safety and fuel efficiency. These changes to the 1996 weights and dimensions directive were adopted by the Council on 20 April 2015.

A new lorry cab profile with a rounded nose will reduce drivers' blind spots and lessen wind resistance. The slightly longer front can also feature a crumple zone to absorb energy and diminish the impact of collision. All this can help save the lives of numerous pedestrians and cyclists.

Length derogations will also allow retractable or foldable aerodynamic flaps to be attached to the rear of the vehicle.

The rounded front and the rear flaps will both improve the vehicle's fuel performance. This will bring savings to hauliers and reduce harmful emissions.

Vehicles with the new features will have to be type-approved before they can be put onto the market. The Commission will propose the necessary changes to the current type-approval rules.

The provisions concerning the rear devices will start to apply as soon as the technical and operational requirements have been adopted. The cab redesign provisions will begin to apply three years after the relevant type-approval rules are in place.

The current rule on extra-long vehicles does not change. This means that member states may continue to allow the use of vehicles exceeding EU standards in their own territory as long as doing so does not significantly affect international competition. This concerns the transporting of large loads for instance by specialised forestry vehicles or through the use of long combination vehicles.

In order to be adopted, the legal act had to be approved by both the Council and the European Parliament. This second reading agreement was based on the deal struck between the institutions in December 2014. The Parliament held its second reading vote on 10 March 2015.

The directive will enter into force twenty days after its publication in the EU Official Journal. After publication, member states will have two years to transpose it, i.e. adopt national provisions to comply with it. It will be reviewed three years after the transposition deadline.