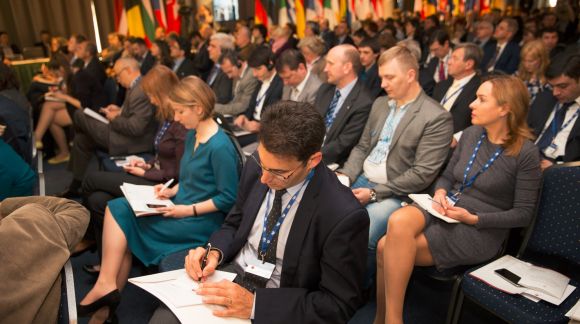 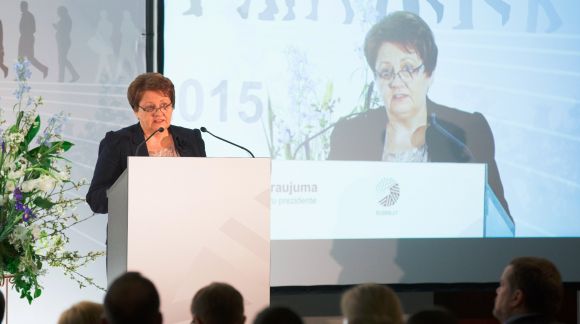 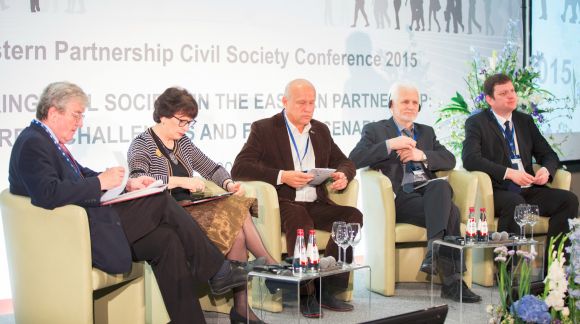 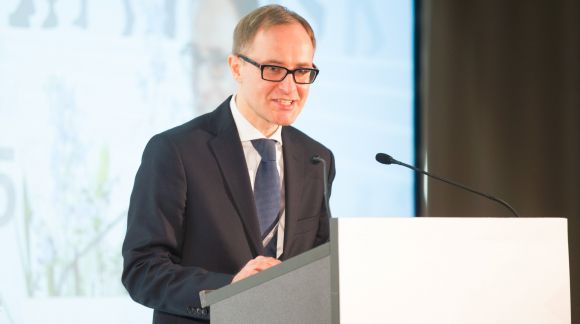 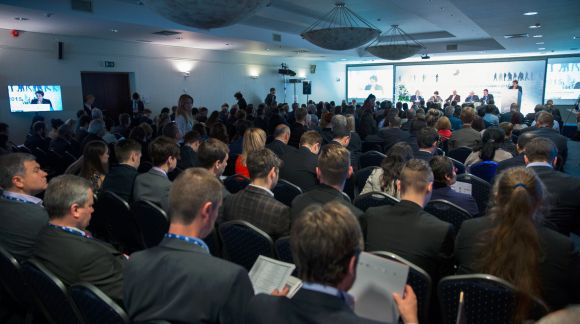 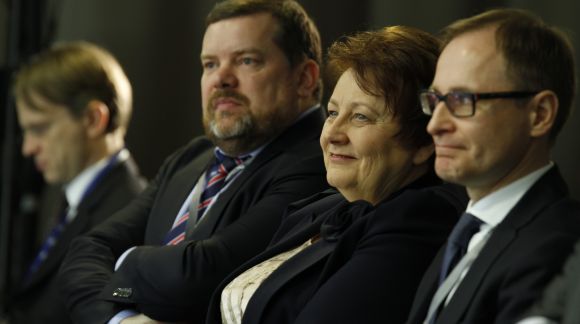 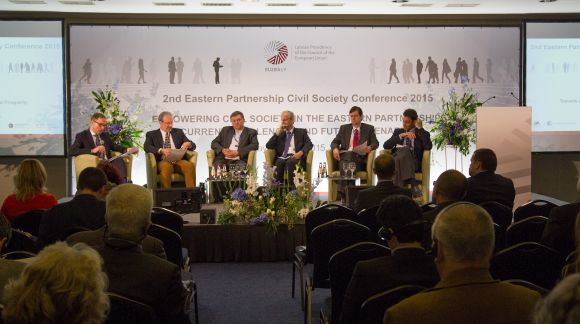 Although the European Union's (EU) Eastern Partnership (EaP) policy is not directly related to EU enlargement, the EU's doors remain open for the EaP countries. This was the opinion voiced today by the Latvian Foreign Minister, Edgars Rinkēvičs, at the close of the EU's EaP Civil Society Conference. It is important that the EaP countries continue to carry out reforms, even when these can be painful, the Foreign Minister pointed out.

He recalled that when the Baltic States expressed their interest in joining the EU and NATO many foreign representatives were sceptical, but their determination and perseverance in implementing reforms helped them attain their goals.

Civil society representatives from across the Eastern Partnership region took part in thematic sessions and working groups to discuss the current state of democratisation and improvements required in the EaP region. The working groups developed recommendations for the EU institutions and the EU and EaP governments on how to achieve EaP goals more effectively. At the end of the conference, these recommendations were forwarded to the Latvian Foreign Minister, Edgars Rinkēvičs, and Johannes Hahn, the Commissioner for European Neighbourhood Policy and Enlargement Negotiations, to be delivered to the Eastern Partnership Summit the following day.

The preamble to these recommendations states that Russian military aggression in Ukraine has significantly affected the EaP region. It is therefore important to continue to strengthen the EU's Eastern Partnership policy, with a particular focus on supporting civil society. The recommendations also noted the negative influence of Russian propaganda on its neighbouring countries, and drew attention to the need to advance European values and establish mechanisms to limit the negative impact of propaganda at national and civil-society level.

The recommendations suggest that mechanisms be set up to reduce the negative effects of propaganda and increase cooperation between NATO and EaP countries to prevent new hybrid warfare threats, and that decisions be taken to introduce a visa-free regime for Georgia and Ukraine.

The conference brought together experts, politicians and delegates from the EU and EaP countries, including Johannes Hahn, the Commissioner for European Neighbourhood Policy and Enlargement Negotiations; Sandra Kalniete, a Member of the European Parliament; Oleh Rybachuk, the former Ukrainian Foreign Minister; Ales Bialiatski, the Head of the "Vyasna" Belarusian Human Rights Centre and the Vice-President of the International Federation for Human Rights; Ian Bond, the Director of Foreign Policy at the Centre for European Reform; Jeff Lovitt, the Director of the Policy Association for an Open Society, and many others.

The conference began with expert assessments on the possibilities for improving civil society's involvement in the EaP processes. Questions were raised about the current state of relations between the EU and Eastern Europe, the main challenges in carrying out reforms, and the role of civil society in national, regional, and EaP policy-making.

Ales Bialiatski pointed out that civil society is a 'locomotive' that pulls the EaP countries towards the EU and its values, and acts as an advocate for the people. He emphasised that it is crucial to make sure that this 'locomotive' strengthens moves towards a democratic society and does not become a political weapon of authoritarian regimes.

The EU's Eastern Partnership Civil Society Conference brought together over 300 experts and civil society representatives from different countries, providing a platform for representatives of civil society, non-governmental organisations and think-tanks to debate numerous pressing issues regarding the EaP. The conference was attended by experts from the EU and all six EaP countries – Armenia, Azerbaijan, Belarus, Georgia, Moldova and Ukraine. The goal of the conference is to help strengthen civil society and to involve it in the planning and implementation of EaP policy.

The conference took place on 20-21 May in Riga, and was organised by the Latvian Institute of International Affairs (LIIA), the Centre for East European Policy Studies (CEEPS) and the Latvian Transatlantic Organisation (LTO) in cooperation with the Eastern Partnership Civil Society Forum. The conference is supported by the European Commission, the Latvian Foreign Ministry, the Secretariat of the Latvian Presidency of the Council of the European Union, the Black Sea Trust (which is a project of the German Marshall Fund of the US), and the National Endowment for Democracy.