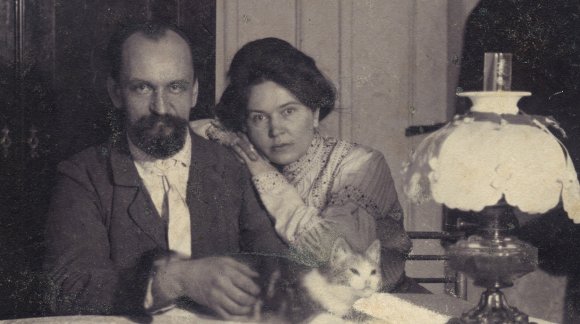 This year Latvia celebrates the 150th anniversary of poets and public figures Rainis and Aspazija. The year of their anniversary coincides with the first Latvian Presidency of the Council of the European Union, which provides an opportunity to look at the legacy of these great personalities in the wider context of the history of European ideas. The relationship between writers and power was not only a major issue in previous centuries, but remains so today.

It is not uncommon for writers to become political activists and opinion leaders. The life experiences of Rainis (1865-1929) and Aspazija (1865-1943) are prime examples of this: they joined the revolutionary movement, were in favour of social and gender equality and played an active role in public life once Latvia gained its independence. Moreover, in parallel with their public activities, they always expressed their political, social and ethical ideas in fiction.

Rainis' commitment to the idea of the Latvian state

“In many respects, Rainis and Aspazija were modern people; what is more, their ideas and literary works exist beyond space and time and one hundred years on they are most unlikely to lose their relevance. One of these ideas is modern statehood,” said the Latvian Minister for Culture, Dace Melbārde, speaking at the Conference entitled “Aspazija and Rainis’ path towards a Latvian state” which took place on 27 February at the Saeima (the Latvian Parliament).

Referring to the phrase once used by Rainis: “People can exist without the state, but a state without people is inconceivable", the Minister stressed that the establishment of the Latvian state in 1918 was not a coincidence, but a necessity. The idea of an independent state was first expressed in Rainis’ play "Fire and Night" in 1904, but needed time to come to fruition.

Initially, Rainis' roles as a writer and politician overlapped in his creative work. At the end of the 19th century he became involved in the New Current movement which opposed the autocracy of the Russian Empire and popularised Marxist and socialist ideas. He smuggled works by Karl Marx and Friedrich Engels into Latvia, and later published fragments of these in the Dienas Lapa newspaper. He considered Latvians not as a tiny nation, but as a strong one with a lively spirit capable of living an expansive and ambitious life within the family of nations. 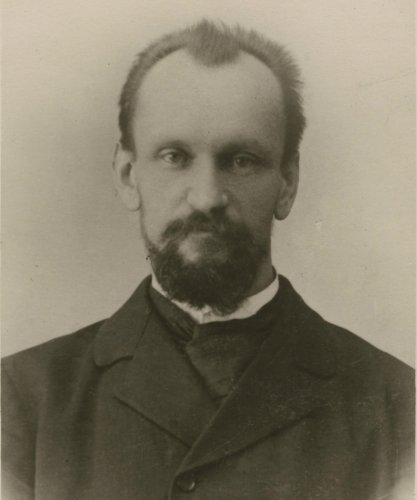 In 1897 Rainis was arrested because of his political activity, and up to 1903 he lived in exile in Pskov and Slobodsk. After returning home, he became involved in the political events of 1905, delivering speeches at revolutionary meetings and advocating the struggle for freedom. In fear of reprisals, however, he soon emigrated with his wife Aspazija to Switzerland, where he spent the next 15 years of his life.

In 1920 both poets returned from exile and became actively involved in Latvian politics.  Rainis was elected to the Constitutional Assembly and the first three terms of the Saeima, and Aspazija was also a member of the Constitutional Assembly. From December 1926 to January 1928 Rainis was the Minister for Education, but by this time he found the tasks of a poet and a statesman in a democratic state to be different. Rainis was disappointed that the political environment of Latvia failed to follow his high ideals but, as he himself said, focused only on mundane discussions and mercantile activities.

However, whilst acknowledging the shortcomings of the new political system, Rainis considered parliamentarianism to be the most complete expression of democracy: “To reject parliamentarianism now means to reject democracy. And rejecting democracy – considering the conditions in Latvia – means rejection of the Latvian state."

In 1923 he wrote in his diary about his contribution to Latvian independence: "I have fulfilled my political obligation: I have contributed to the idea of the Latvian state,while also working actively in practical politics.” He pointed out that the national idea had reached its logical conclusion; the national state now needed to be built upon it. The idea of the nation now needed to demonstrate how it could serve the people as an organisational tool for the benefit of humanity.

In the #mindpower short film project, Latvia's ex-President Vaira Vīķe-Freiberga explains that ideas expressed by Rainis on human rights, equality and justice are still topical today.  One of the fundamental values highlighted by Rainis was the Christian idea of forgiveness. Vaira Vīķe-Freiberga points out that after the Second World War this value formed the very basis of the European Union.

As an advocate of the feminist ideas of her time, Aspazija also had a great impact on shaping public opinion in Latvia. The central female character in her plays was often a woman who dared to take action against the dullness of society, to criticise the prejudices of the era and to defend women's rights. In her texts and public speeches she stood up for the rights of women to higher education and pointed out that women in society should take on the role of priestesses – they needed to spread intellectual light on their nation.

With their publishing activities Rainis and Aspazija also raised the issue of the freedom of expression and freedom of the press. From 1891 to 1895 Rainis was the editor of the Dienas Lapa newspaper. On taking up this post, Rainis stressed that the task of a newspaper was to bring education and intellectual light to the masses and not just to rich people – thus contributing to human development and leading the nation to a happier future.

Under his editorial leadership, the tone of the newspaper became particularly sharp, as it gave ever clearer voice to social democratic ideas and inveighed against outdated perceptions of women's role in society. The authorities of Tsarist Russia initially did not realise the oppositional power that lay in the ideas expressed by the New Current and the Dienas Lapa newspaper. However, when this movement resulted in the organisation of several strikes by workers, the government authorities cracked down on the members of the New Current and Rainis. The ideas expressed in the newspaper by the poet and his colleagues had, however, taken seed. In 1905, Dienas Lapa became one of the most visible drivers of the revolutionary movement until it was closed by a court decision. 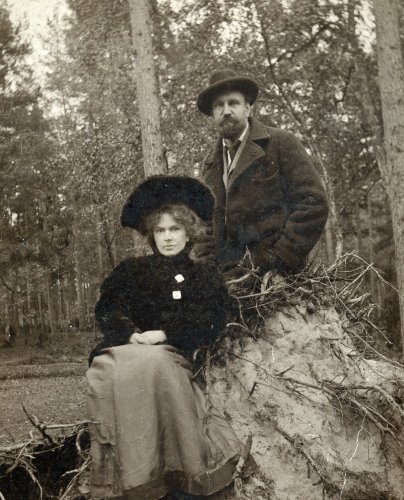 Rainis himself later explained that the Latvian press of the 1890s had had to face constraints from three fronts: the Tsarist Russian government, the German nobility who still had considerable economic and political influence in Latvia, and local philistines. This meant that media representatives could only express their ideas indirectly, and the first legal editions in Latvian from a social democratic press could only be published after New Current members had been persecuted and gone into exile to the United States and Switzerland. After Latvia gained its independence, Rainis called on the local media to maintain the same level of enthusiasm and dedication that they had shown when working under censorship.

A number of activities devoted to World Press Freedom Day took place on 3-4 May in Riga, including the conference addressed by Irina Bokova, the Director-General of the United Nations Educational, Scientific and Cultural Organization (UNESCO). In her speech she stressed that the opportunities for freedom of expression are vast today, but many challenges still have to be faced – censorship, weak pluralism and, in the worst cases, violence.

"We need high-quality journalism so that citizens can make informed decisions about the development of society in order to prevent injustice and the abuse of power.  Free media is not a luxury that can wait until sustainable development is reached. Free media is a key element in guaranteeing respect for each human being, good governance and the rule of law,” said Irina Bokova.

Rainis and Aspazija were not afraid to assume responsibility and to express their views openly. In their 150th anniversary year they can serve as fine examples and a source of inspiration for both Latvia and the entire European Union.