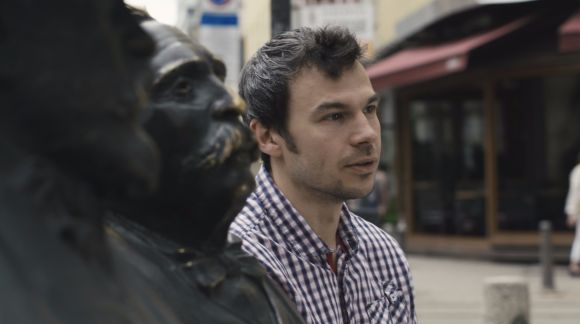 Ivaylo Zahariev is best known in Bulgaria and abroad for his leading role in the Pod Prikritie/Undercover TV series based on Martin Scorsese’s Academy Award-winning film The Departed, but in his homeland he is also a popular independent theatre actor, civil rights activist and advocate of Christian values.

Fluent in sign language and working alongside deaf actors at the Mim Art theatre, he devotes a lot of his time to giving deaf people access to information and culture. In connection with this, Ivaylo has launched a campaign on Bulgarian national television to provide subtitles to films and TV series. He works as a volunteer for the Exit rehabilitation programme for drug addicts. Speaking to the #mindpower crew, Ivaylo emphasises that he also seeks to contribute to society through his acting. 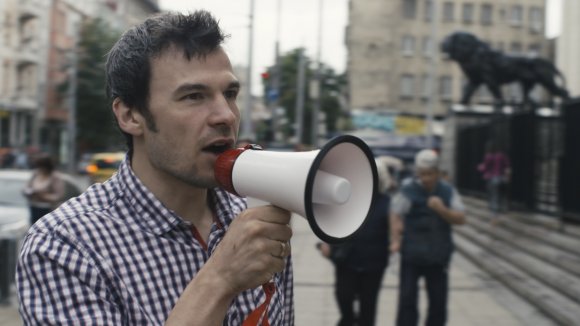 In the 26th episode of the #mindpower series, Ivaylo Zahariev and Latvian musician Goran Gora read excerpts from Rainis’ poem Wishes for a State Official. This points out that a state official’s duty is to work for the benefit of the whole of society, to set an example through reasonable and just actions and to be independent from the influence of “greedy cliques” in his/her thinking.

This poem reveals the high ideals with which Rainis entered political life in Latvia. In his early years, he was actively involved in the social democratic movement and called for social and gender equality. After Latvia gained its independence, he became a member of parliament and the Minister for Education, but over the course of time Rainis became disappointed with the political environment in Latvia which he felt focused only on fruitless discussions and humdrum mercantile activities.

The #mindpower (#domasspēks in Latvian) project dedicated to the 150th anniversary of Latvian poets Rainis and Aspazija features a collection of 29 short films in which celebrities from all the EU Member States read excerpts from the works of Rainis and Aspazija in their native language. The project is part of the Presidency cultural programme.