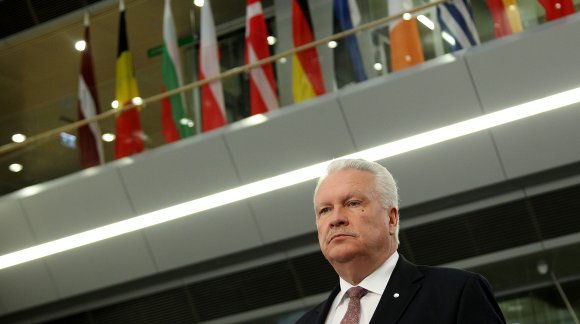 On 6-13 June, during the Latvian Presidency of the EU Council the 39th session of the United Nations Food and Agriculture Organization (UN FAO) Conference will take place in Rome. On 8 June, the Latvian Minister for Agriculture, Jānis Dūklavs, will deliver a speech at the General Debate on behalf of the European Union and its Member States.

During the conference, the FAO Members will decide on the Programme of Work and Budget 2016-2017, elect the FAO Director-General, discuss the State of Food and Agriculture 2015, and other issues important for the development of the organisation.

At the meeting of plenary on 8-10 June, high-level officials from the FAO Member Nations will take part in the General Debate to discuss the Review of the State of Food and Agriculture 2015. This year, the publication focuses on the role of social protection and sustainable agricultural development in breaking the cycle of the rural poverty and hunger.

Since its inception, FAO has worked to alleviate poverty and hunger by promoting agricultural development, improved nutrition and the pursuit of food security in developing countries, and to promote quality of life in less fortunate rural areas around the world.

FAO was founded on 1943 in Hot Springs, Virginia, the United States and the first Conference session was held on 1945 in Quebec City, Canada. Since 1951 the headquarters of FAO is in Rome, Italy. Today FAO counts 194 Member Nations, 1 Member Organisation (European Union) and 2 Associate Members. Since 1991 Latvia is the Member Nation of FAO.