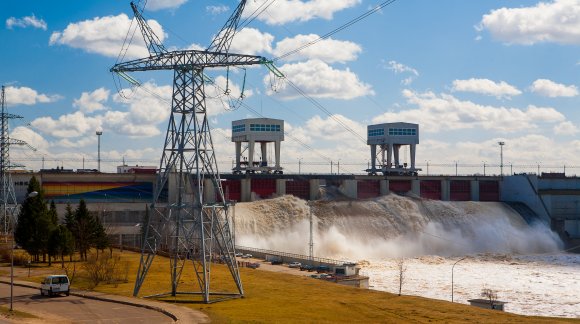 On 28-29 May, the joint meeting of the Baltic Energy Market Interconnection Plan (BEMIP) High-Level Group and the EU Strategy for the Baltic Sea Region in the field of energy policy took place in Jūrmala, Latvia.

The Latvian Presidency in collaboration with the European Commission organised this joint meeting to discuss and reach an agreement among the representatives of Denmark, Germany, Estonia, Latvia, Lithuania, Poland, Finland, Sweden and Norway as an observer on a Memorandum of Understanding and an Action Plan for Energy Policy until 2020.

“Enhanced regional cooperation is a cornerstone to the establishment of a robust and sustainable Energy Union,” stressed Mr Jurijs Spiridonovs, Acting State Secretary at the Latvian Ministry of Economic Affairs during the opening of the meeting. “Regional cooperation has great potential that could contribute to the management and implementation of the Union`s energy policy goals. BEMIP is a great example of how this potential should be developed and used further in practice,” said Mr Spiridonovs.

Ms Catharina Sikow-Magny, Head of Unit for Networks and Regional Initiatives at the European Commission emphasised that “BEMIP has always been recognised as an example of good practice for a regional cooperation”.

After the European Commission`s presentation and discussions about the key priorities in the energy sector for the next five year, the participants agreed on the Memorandum of Understanding on the reinforced BEMIP and approved the new BEMIP Action Plan.

The new Memorandum of Understanding declares the readiness of the Member States to cooperate in addressing the current challenges in the sector. There is a clear need to enhance Baltic regional energy cooperation initiatives, strengthen and broaden this cooperation with a view to achieve fully integrated markets, strengthen energy security, and promote the use of renewable energy resources and the demand for energy.

The Action Plan defines the six key areas, namely electricity and gas markets, security of supply, energy infrastructure, power generation, renewable energy and energy efficiency, in which concrete projects need to be further developed to achieve the objectives and indicators defined in the Action Plan.

The outcome of the BEMIP reform will be politically endorsed by the Baltic Sea region energy ministers and the Commissioner for Climate Action and Energy Mr Miguel Arias Cañete who will sign the Memorandum of Understanding in the margins of the Energy Council on 8 June 2015 in Luxembourg.