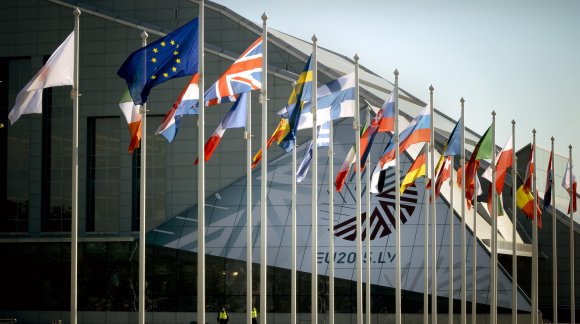 2003: Operation "Iraqi Freedom" is launched in Iraq, the citizens of Latvia and nine other countries decide to join the European Union, the "Rose Revolution" takes place in Georgia, and economic growth is up on the previous year in almost all EU Member States. The European Security Strategy is approved.

2015: The EU now has 28 Member States and these countries are gradually experiencing economic growth after the global economic crisis of 2008. The security situation is unstable in regions both to the South and East of the EU, posing a threat to the Union at large. This is also the year when the European Security Strategy is to be revised. Support for this undertaking was expressed by the national defence ministers at the informal ministerial meeting in Riga in February, and the revision is actively backed by Latvia, which holds the Presidency of the EU Council.

The revision of the strategy is a complex and relatively long process, but recent changes in the security environment make it absolutely necessary. A strategy document is required so that the Common Security and Defence Policy (CSDP) can evolve in line with global events, and now is the time to define the elements to be included in the new strategy.

The task of the CSDP now is to raise awareness in other relevant forums that external security has a significant impact on internal security and a firm line cannot therefore be drawn between the two. It is important to promote synergies between the civilian and military sectors which will allow both the more efficient use of resources and also enhance a comprehensive understanding of security issues. The hybrid threat issue is an area in which the EU can do more than NATO, but if the EU will not take on this task then it will be performed by each Member State individually, making the whole process not only more expensive but also less effective.

If these four principles are observed during the strategy revision process, the strategy will become a CSDP framework document, which both the EU institutions and Member States will then consider as a guide to further development of the EU security and defence dimension. This in turn will provide greater clarity both nationally and at EU and NATO level on the most efficient use of resources to meet security and defence needs.