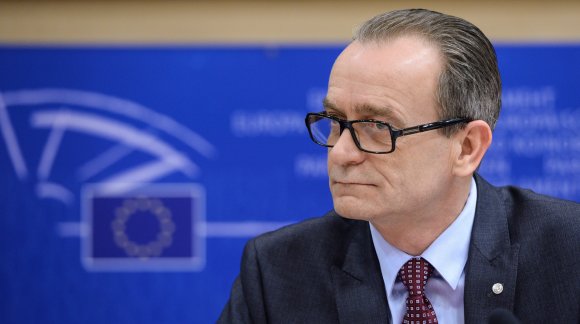 Today on 21 January, the Minister for Justice presented the priorities of the Latvian Presidency in the area of Justice before the LIBE Committee or Committee on Civil Liberties, Justice and Home Affairs of the European Parliament.

In his speech the minister first of all recalled the recent tragic events in France and reminded that terrorism poses a serious threat to security in Europe. In this context the Minister reassured the readiness of the Presidency to invest efforts to strengthen the cooperation between the Member States on the prevention and fight against terrorism in all its forms.

On the priorities in the area of justice, the Minister highlighted that data protection reform, the protection of the financial interests of the European Union, including the work on the regulation on the European Public Prosecutor's Office and the Eurojust regulation, together with the legislative package on procedural rights are the main priorities.

"The EU has to find tools to guarantee security to our citizens while at the same time ensuring that the rights of the citizens as well as the fundamental values of the EU are preserved," said Minister Rasnačs to the Members of the Eurpean Parliament.