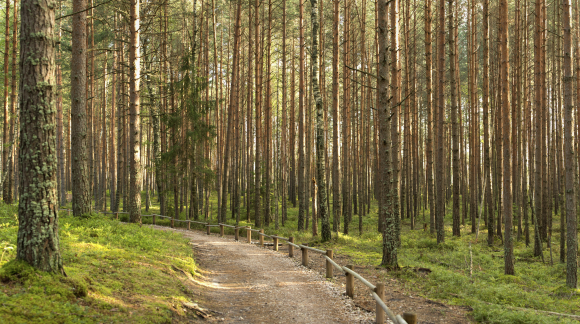 On 18-19 June, the informal meeting of Forest Directors took place in Riga under the Latvian Presidency of EU Council. At the meeting, the participants discussed the results of the 11th Session of the UN Forum on Forests – the importance of the Ministerial Declaration and the Joint Resolution for further development of the Forum on Forests.

Looking back on what has been accomplished at the meeting in Riga, the Forest Directors concluded that thanks to the duly started preparatory work and the united efforts of the Latvian Presidency, the European Commission and experts from the EU Member States, the European Union demonstrated itself as the major driving force in the Forum on Forests held in New York.

The participants of the meeting were unanimous that the good effort must be continued by active and coordinated involvement in activities in-between sessions, particularly by working on proposals for the preparation of the Strategic Plan of the Forum on Forests that could give a significant contribution to the strengthening of international forests policy in the future.

The meeting discussed the results of the 11th Session of the UN Forum on Forests which was held in New York, USA on 4-15 May. At the forum, the EU was represented by the Latvian Minister for Agriculture, Jānis Dūklavs. During the session, a joint Resolution has been put forward to facilitate further development of the Forum on Forests, by reaching an international agreement by 2030, envisaging the development of the strategic plan and a "road map" for further work and by improving the involvement of stakeholders and non-governmental organisations in the forum's work.

Forest Directors also discussed the development of the FOREST EUROPE policy process of the Ministerial Conference on Protection of Forests in Europe, and the criteria and indicators for sustainable forest management. They also talked over the conditions for implementing the EU Forest Strategy to make sure that the forest, as an ecosystem, could be an integral part in the development of bioeconomy and mitigation of climate changes.

"Latvia is the land of forests," underlined the Minister for Agriculture, Jānis Dūklavs. "Thus, I am content that during this event, Forest Directors not only discussed global forestry-related processes but also learnt about the achievements of the forestry sector in Latvia."

Participants of the meeting visited the Mazsili Nursery Garden at AS Latvijas valsts meži, where the participants learnt about the forestry practice in Latvia. The Forest Directors also visited the Mežmāja Nature Education Center, owned by the Forest Research Station, where they could learn more about the latest developments in forestry education and science and see summer solstice traditions in Latvia.