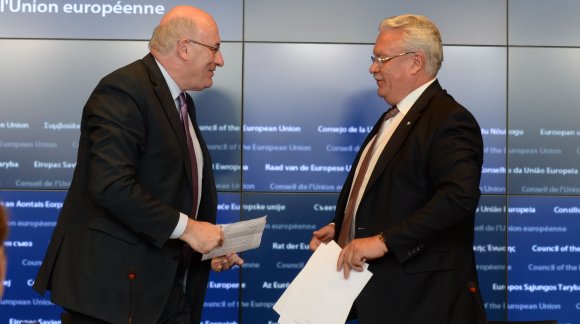 On Tuesday, 16 June, the Minister for Agriculture of Latvia Jānis Dūklavs chaired the meeting of the Agriculture and Fisheries Council in Luxembourg. The Council reached agreement on a general approach for a regulation on organic farming.

Minister Jānis Dūklavs noted that: "After hard work during our Presidency and lenghty discussions today, the Council reached a political agreement  that will enable us to begin negotiations with the European Parliament on the future legal framework of organic farming".

Ministers were briefed on a Commission communication on fishing opportunities for 2016.

Several member states acknowledged the overall improvement in the state of fish resources mentioned by the communication. They also recalled the importance to set up multiannual plans with a multispecies approach for fish stocks. Many delegations also underlined the consequences of the new common fisheries policy (CFP) for fishing opportunities in 2016, and notably the landing obligation which will be extended next year to demersal fisheries in the North Sea and in the Atlantic EU waters.

The President of the Council, Minister Duklavs declared : "In its discussions, the Council reaffirmed its strong commitment to implement the new CFP in order to make EU fisheries more sustainable".

The fishing opportunities for 2016 on which the Council will have to reach agreement under the Luxembourg presidency will be determined taking into account the impact of fishing fleets on stocks (fishing mortality). Several countries noted that this means moving to levels needed to permit stocks to rebuild to biomass levels that can produce maximum sustainable yield (MSY) taking into account the socio-economic factors.