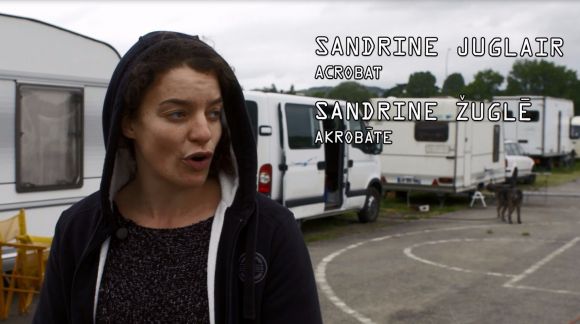 In the latest episode of the #mindpower project dedicated to the 150th anniversary of Latvian poets Rainis and Aspazija, the protagonists reach for the heavens while visiting the French circus acrobat Sandrine Juglair.

Many of the world's intellectual giants have turned their eyes upwards, towards the stars, in order to find ideas that captivate and shake up minds. At the beginning of the 24th episode of the #mindpower project, Aspazija (played by the Latvian journalist Eva Ikstena-Strapcāne) reads an excerpt from the poem Oh Give me the Mind of a Giant in which the poetess expresses her yearning for creative flight and a wider space in which her thoughts could resonate freely. Aspazija was one of the first female authors of Latvian literature to actively express her ideas about the liberation of women from social prejudices and restrictions.

Meanwhile, Sandrine Juglair reads an uncollected poem by Rainis about the wide and free space of ideas – the universe, the cosmos – from which the world’s greatest thinkers, the “curious air travellers”, draw their inspiration.

Sandrine herself lives in a world between the earth and the sky, having graduated as an acrobat from the National Centre for Circus Arts in Châlons-en-Champagne. She has been touring with the Cirque Plume troupe since 2012 and has also taken part in various theatre and opera performances – including at the famous La Scala opera house in Milan. At the moment, Sandrine is working on a solo performance that will be premiered in 2016. 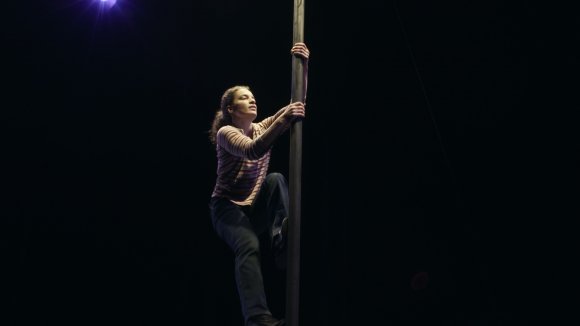 The Cirque Plume was established in 1983 in the city of Besançon in eastern France. It started off performing at rural festivals and fairs, on city streets and in small theatres, presenting a combination of music, circus techniques, theatre and dance. Over the last 30 years, the troupe has expanded from nine to over 90 members and now tours worldwide – from the USA and Brazil to Morocco and Finland.

The #mindpower (#domasspēks in Latvian) project is dedicated to the 150th anniversary of the Latvian poets Rainis and Aspazija. It features a collection of 29 short films in which celebrities from all the EU Member States read excerpts from the works of Rainis and Aspazija in their native language and clothe them in images of their culture. The project is a part of the Presidency cultural programme.