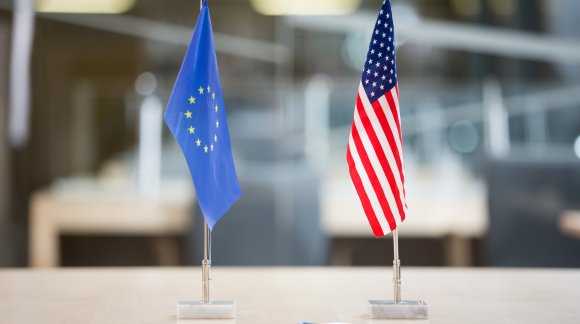 On 3 June, the EU-US Justice and Home Affairs Ministerial Meeting will take place in Riga. It will bring together representatives from the European Commission, the United States, the Latvian and incoming Luxembourgish Presidency, Eurojust, Frontex and Europol. At the end of the meeting, the representatives are expected to reach an agreement on the Joint Statement on "Enhancing transatlantic cooperation in the area of Freedom, Security and Justice".

During the meeting, the delegations will update on the relevant developments in justice and home affairs and discuss issues of ongoing importance. Among issues to be discussed special attention will be devoted to migratory pressure and possible cooperation between the EU and US, in particular on the fight against smuggling of migrants. Joint measures countering terrorism and preventing radicalisation will be considered, especially, in the light of the tragic events in Paris at the beginning of the year. In the area of justice, progress regarding the EU and US so-called Data Protection Umbrella Agreement and so called Safe Harbour Framework will be discussed. Attention will also be paid to the improvement of efficiency of judicial cooperation in criminal and civil matters.

Within the framework of the meeting, the endorsement of the Joint Statement on "Enhancing transatlantic cooperation in the area of Freedom, Security and Justice" is expected. The Statement will outline concrete actions of cooperation for the coming five years in order to address common challenges more effectively. The Statement in non-exhaustive manner will address main areas of cooperation, such as personal data protection, counter-terrorism and countering violent extremism, migration and border control, firearms and explosives, money laundering and terrorism financing, cybercrime, drugs and information exchange.

The EU-US Justice and Home Affairs Ministerial Meetings take place twice a year, alternately in the country holding the presidency of the Council of the EU or the US. The next ministerial meeting will take place in Washington under the Luxembourgish Presidency.

Accredited media representatives are welcome to attend the press conference on 3 June at 13:00-13:30 with Latvian Minister for the interior Mr Rihards Kozlovskis, Latvian Minister for Justice Mr Dzintars Rasnačs, Commissioner for Migration, Home Affairs and Citizenship Mr Dimitris Avramopoulos, Commissioner for Justice, Consumers and Gender Equality Ms Vĕra Jourová, and representatives from the US.