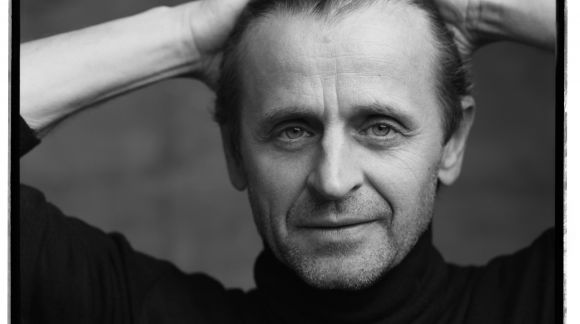 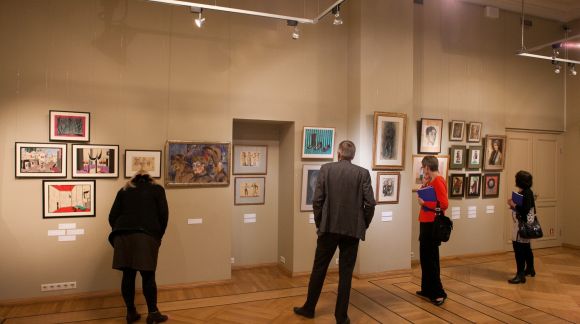 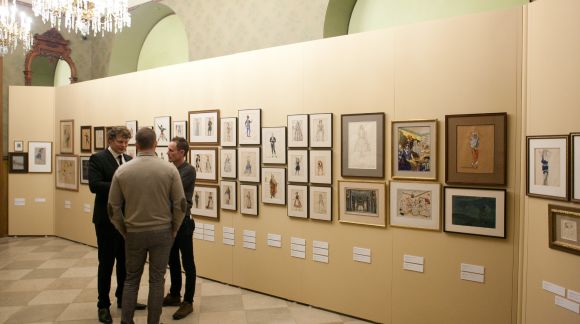 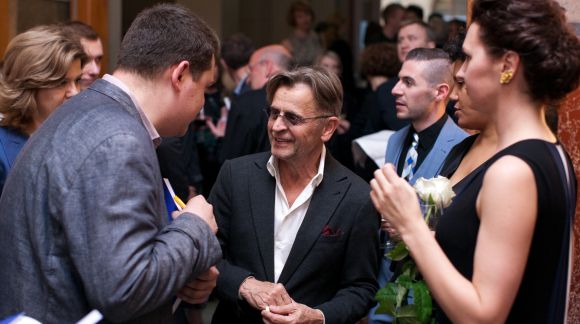 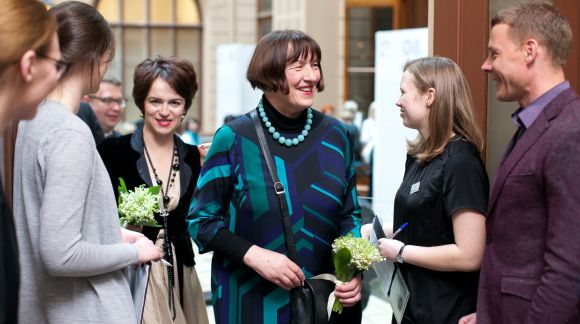 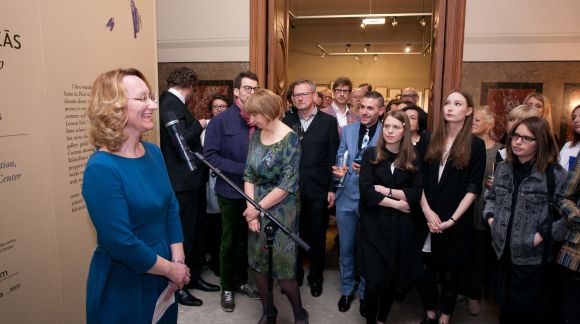 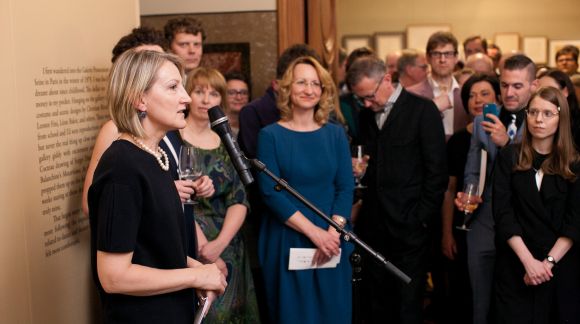 On Friday 15 May, the Riga Bourse Art Museum hosted the opening of the Art I’ve Lived With exhibition that offers an insight into the art collection of Riga-born ballet dancer Mikhail Baryshnikov. The exhibition forms part of the Latvian Presidency cultural programme.

The Latvian Minister for Culture, Dace Melbārde, the Head of the public diplomacy and cultural programme of the Latvian Presidency of the EU Council, Selga Laizāne, and Mikhail Baryshnikov himself took part in the opening event.

The Minister for Culture expressed her delight that people who are born in Latvia and have gained international recognition still maintain a connection with their homeland. Mikhail Baryshnikov's visit to Riga and the presentation of his art collection to residents and guests of the Latvian capital is a shining example of such a connection.

Mikhail Baryshnikov’s art collection is proof of a bright intellect, expertise and intuition. One of its notable aspects is its stylistic diversity that is marked by a journey from realism to impressionism, while also including later styles such as surrealism and various works of theatre, set and costume design. 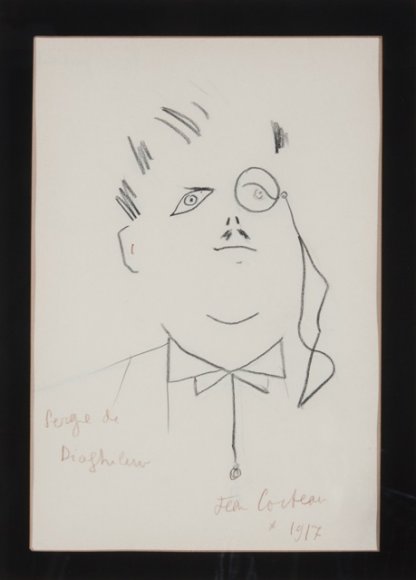 The collection started in the 1970s in Paris when Baryshnikov purchased his first works of art – Jean Cocteau’s drawing of Sergei Diaghilev and a Christian Bérard costume design. The collection was first shown at the ABA Gallery in New York in 2012 and later at the Pushkin Museum in Moscow in 2013. After that, Baryshnikov gifted his art collection to the Baryshnikov Arts Center (BAC) in New York.

“It was a fitting, appropriate and moving moment when Mikhail Baryshnikov gifted us with this beautiful collection. BAC is dedicated to supporting the development of artists working across different disciplines. This collection is thus a beautiful representation of cross- and interdisciplinary art. It shows how the performing arts are very often depicted in the visual arts and how the visual arts can evoke the visual power of the performance. Contemporary art is defined by expanding and changing genres, and collaborations between genres have defined many of the greatest works of art of the 20th century,” said BAC’s Director of Development, Kirsten Munro.

At present, the eclectic and personal collection consists of more than 100 works of art, their common denominator being movement and ballet. In the catalogue for the exhibition, Mikhail Baryshnikov describes these works as his “portable friends” who have accompanied him on countless journeys.

The Director of the Latvian National Museum of Art, Māra Lāce, pointed out that the collection was created by one person following his impulses and not according to calculated plans.

“We see the names of great artists but these are works created on the margin. At the same time, each is an experiment or an endeavour, a thematic sketch or an investigation on the way to something greater. We see the world of the Russian Mir iskusstva [art movement], we see French artists and Soviet underground artists. Such private collections are always captivating and also instructive. This exhibition is a beautiful gift to the people of Riga,” said Māra Lāce.

Mikhail Baryshnikov's art collection will be on display in the Bosse Hall and Art Nouveau Salon of the Riga Bourse Art Museum until 5 July.

The exhibition is organised by the Secretariat of the Latvian EU Council Presidency and the kim? Contemporary Arts Centre, in collaboration with the Baryshnikov Arts Center in New York and the Riga Bourse Art Museum.

The Baryshnikov Arts Center (BAC) is the realisation of a long-held vision by Mikhail Baryshnikov to build an arts centre in Manhattan that would serve as a gathering place for artists from all disciplines. Its opening in 2005 heralded the launch of this mission to establish a thriving creative laboratory and performance space for artists from around the world. BAC’s activities encompass a robust residency programme augmented by a range of professional services, including commissions of new work, as well as the presentation of performances by artists at varying stages of their careers. In tandem with its commitment to supporting artists, BAC is dedicated to building audiences for the arts by presenting contemporary and innovative work.