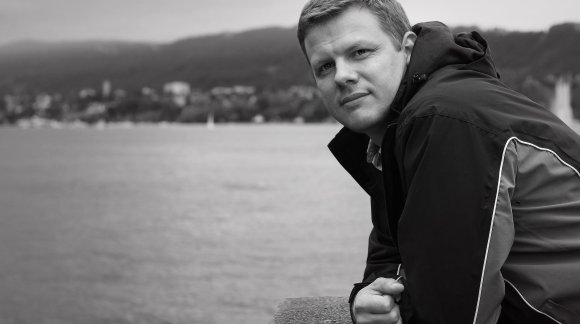 On Monday 27 April, the Latvian National Opera in Riga will host the world premiere of Latvian composer Ēriks Ešenvalds’ multimedia symphony Nordic Light. The Liepāja Symphony Orchestra and the State Choir Latvija under the direction of Māris Sirmais will conjure up a story about the Aurora Borealis (Northern Lights) – a phenomenon entwined with legends from the Nordic nations.

Since ancient times, the Northern Lights have been the subject of many tales and legends. Some people say that they are gusts of snow stirred up by a fox’s tail. Others call them the gates to heaven for the deceased, or a tireless battle between warriors, or even a ball game in the sky in which the ball is the skull of a walrus.

Several years ago, this unique legacy of the Nordic nations inspired Ēriks Ešenvalds to journey across Scandinavia, Iceland, Greenland and Alaska together with director Renārs Vimba and cameraman Dainis Juraga in order to document these ancient stories and the voices of nature.

The expeditions have resulted in this new symphony. The musical message conveyed by the orchestra and the choir will be supplemented with video projections featuring the legends as told or sung by various nations and shots of the Northern Lights by the Norwegian photographer Kjetil Skogli who calls himself an ‘Aurora chaser’. The music, the videos and the sounds of nature will give the audience an opportunity to experience the largest atmospheric optical phenomenon on Earth.

At the beginning of the concert the choir will also perform a capella songs written by some of the greatest Baltic composers – Arvo Pärt, Veljo Tormis, Rihards Dubra, Selga Mence, and Jēkabs Jančevskis.

The concert is part of the Latvian EU Presidency cultural programme which has contemporaneity, uniqueness and excellence as its core values.

Note for the audience: As Latvian Television and Latvian Radio will be recording the Nordic Light concert, the audience is asked to arrive well in advance.