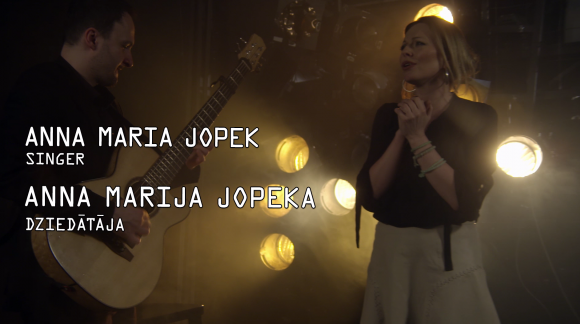 In her works, the prominent Latvian poet and playwright Aspazija stood up for women's freedom and the right to choose their own destiny. But as a journalist and public figure she also spoke about the freedom of the whole nation alongside her husband Rainis. In the latest episode of the #mindpower project, the Polish jazz singer Anna Maria Jopek also joins the conversation about this topic.

In this episode, Anna Maria and Latvian journalist Eva Ikstena-Strapcāne, who impersonates the poetess Aspazija, interpret the poem "The Time of Heroes" by Rainis. This poem is included in "The Sowing of the Storm" poetry collection published in 1905. It was written before Rainis and Aspazija's exile as a bright poetic testimony to the events and sensations of the revolutionary 1905. Hope for social and political freedom of the Latvian nation pervades the collection. The poem „The Time of Heroes" encourages people to notice the upcoming changes behind the depressing and monotonous everyday life.

When comparing her childhood during Soviet times and the opportunities of the world today, Anna Maria Jopek says in the interview: "I think that people are born free, sense of freedom must be in your mind."

In her music, Anna Maria has also chosen freedom by giving up her classical piano education and turning to jazz. Her goal is to introduce Polish music to the world by combining traditional, classical and popular music with jazz improvisations. "Jazz is by far the most important in its freedom, its harmony and its sense of time, but I was brought up with the old Polish folk songs. My roots are here in all these Slavic landscapes and sounds," the singer admits. 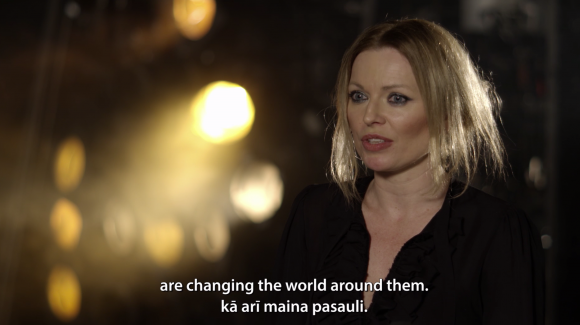 With 14 albums of her own, Anna Maria Jopek has performed and recorded with the best Polish musicians, as well as internationally renowned jazz stars, such as Joe Lovano, Bobby McFerrin, Pat Metheny, and Chris Botti. Although she often plays open-air gigs for thousands of fans, Anna prefers an intimate setting. She performs about 100 concerts each year worldwide – from Toronto to Vienna, from New York to Singapore. The singer has also visited Latvia several times.

In this episode, Anna Maria Jopek is accompanied by the Polish guitar player Robert Kubiszyn. A special thanks to Teatr Studio and barStudio in Warsaw for their support during the filming of the episode.

The #mindpower (#domasspēks in Latvian) project is dedicated to the 150th anniversary of the Latvian poets Rainis and Aspazija. It features a collection of 29 short films in which celebrities from all the EU Member States read excerpts from the works of Rainis and Aspazija in their native language. The project is a part of the Presidency cultural programme.