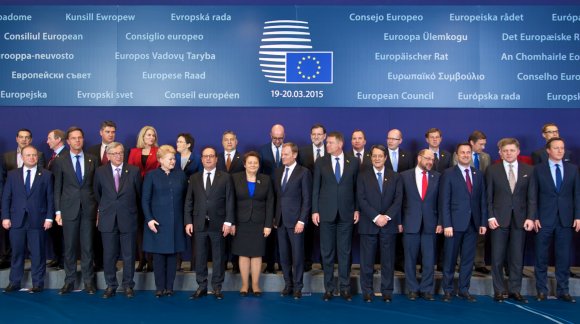 In the presence of the President of the European Parliament, Martin Schulz, Prime Minister Laimdota Straujuma stressed at the European Council that the swift and constructive cooperation among the European Union Member States in reaching an agreement on the details of the European Fund for Strategic Investments confirms that at decisive moments Europe is able to agree and act swiftly and responsibly.

Laimdota Straujuma called on the European Parliament to cooperate constructively with the Council in order to complete the negotiations on the establishment of the fund by June this year.

"In order to strengthen the energy independence and security of Latvia and the European Union, it is essential to develop the transmission infrastructure and ensure transparency in the energy market," emphasised the Prime Minister. She noted that it is important for Latvia that the Energy Union is also developed on the periphery of the European Union, that energy prices for households are reasonable and that storage capacity for energy resources is developed.

Taking into consideration the correlation between climate and energy, Laimdota Straujuma expressed her satisfaction that on 6 March the Environment Council Ministers reached an agreement on national commitments to reduce emissions. "The European Union's commitment to reduce emissions is important in preparing for the Climate Conference in Paris at the end of 2015 in order to encourage other countries to submit their commitments on reducing emissions," said Laimdota Straujuma when handing over the European Union's letter of commitment to the French President, François Hollande.

Discussing the current situation in Ukraine, the EU Heads of State and Government stressed that the EU's sanctions will remain in force until all the conditions of the Minsk ceasefire are met. As regards the Eastern Partnership countries in general, the decision was made to provide support for the strengthening of administrative structures in these countries, promoting mobility and contacts among people, seizing market opportunities and developing interconnections.