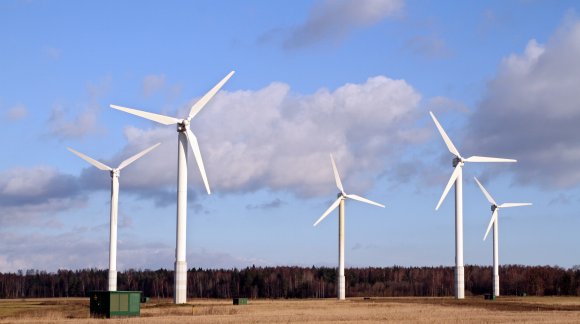 In order to respond effectively to the energy security, sustainability and competitiveness challenges we face today, the Latvian Presidency has set the establishment and implementation of an Energy Union as one of its main priorities.

The European Energy Union aims to reduce the EU’s energy dependence by securing greater choice and lower prices, and to promote energy efficiency and the use of environmentally friendly energy resources.

At the moment, each EU Member State has its own energy policy, but a more coherent approach - involving the transformation of the current European energy system - could help tackle the challenges of the modern world more successfully.

To promote the engagement of Member States and energy sector representatives in defining the tasks of the Energy Union, a high-level energy conference took place during the Latvian Presidency. This launched the Riga Process for the creation of the European Energy Union. At the opening of the Riga conference, Vice-President of the European Commission Maroš Šefčovič expressed the view that the Riga Process marks the beginning of the harmonisation of 28 different energy policies. The conference brought together over 400 professionals, academics and politicians who discussed the future of the European energy sector.

“The Latvian Presidency is now leading the process of creating an Energy Union,” said the Latvian Economics Minister Dana Reizniece-Ozola. “It will do all it can to have the Energy Union Strategy adopted at the European Council in March.”

At the end of February, the European Commission (EC) adopted the Energy Union Strategy on the basis of many of the ideas shared at the energy conference. The strategy envisages the establishment of a single European energy market that seeks to make the movement of energy a "fifth freedom" - the free flow of gas and electricity among all 28 Member States.

The strategy is based on five Energy Union dimensions:

The strategy accentuates the close link between energy and climate policies and, as the Commission stated, its goal is to create a “resilient Energy Union with a forward-looking climate change policy”.The Energy Union Strategy takes into consideration the 2030 climate and energy framework goals and envisages a reduction in domestic greenhouse gas emissions of at least 40% by 2030 along with an increase in renewable energy of at least 27%. In total, it is intended to increase energy efficiency by at least 27%.

The Energy Union stresses the importance not only of energy security, but also of research, innovation and alternative energy resources (green energy).

Research in the energy sector facilitates breakthroughs that open up new possibilities for a secure, sustainable and competitive energy system in the future. Research development can help implement energy policy priorities and attain the goals set by EU climate policy.

After the conference in Brussels, the Riga Process continued with discussions among the Member States on the implementation of the Energy Union Strategy proposed by the EC. The first political debates on the new strategy took place at the Energy and Environment Councils in March.  The ministers expressed their support for the creation of the Energy Union and stressed that all five dimensions of the strategy are equally important and mutually interrelated. As regards the regional cooperation model, the Baltic Energy Market Interconnection Plan (BEMIP) was highlighted as the best example for the further development of regional cooperation.

The ministers also underlined the close link between energy and climate policy, as without a proper energy policy it would not be possible to attain the goals set for the climate policy. They highlighted the importance of energy efficiency and renewable energy resources, focusing on the potential of local energy resources that not only help achieve the climate policy goals, but also increase energy security. The transition to a low-carbon economy should be based on the 2030 climate and energy framework goals.

The EU imports 53% of the energy it consumes and is the world’s largest importer of energy resources. The EC estimates that the EU pays €400 billion a year for its imported energy. Some countries[1] depend for their gas imports on one main external supplier, while 12 Member States[2] do not meet the EU's minimum interconnection target – that at least 10% of installed electricity production capacity be able to "cross borders". The reason for this is the lack of interconnections.

According to the EC estimates, a common energy policy and a properly interconnected European energy grid could save consumers up to €40 billion a year. This averages out at €80 a year per capita in the EU.

The main focus of the strategy is on consumers (households and industry) as they are the first who should benefit from the new approach to energy policy which is oriented towards lowering energy prices and costs.

Guidelines for further work on the Energy Union Strategy are expected to be approved at the European Council on 19-20 March. In turn, the Energy Council in June will approve the Council conclusions on specific elements of the Energy Union.