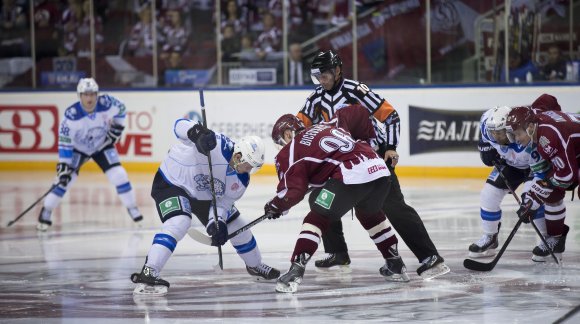 Sport is held in high esteem in Latvia. In winter and summer sports alike, our accomplishments in professional sport warm the hearts of our supporters. Our fans fly around the world to be present, they stay up late or wake up early to watch broadcasts and they celebrate victories with great ceremony. Our hearts are big and caring. 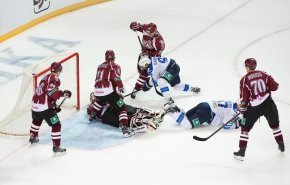 Ice hockey. This is considered to be one of our religions and when the national team is playing even Parliament and Government meetings can be interrupted. We have taken part in 5 Olympic Games. Forward Zemgus Girgensons and goalkeeper Artūrs Irbe are iconic names for anyone who follows NHL games. 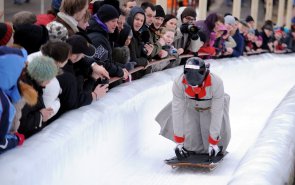 Other winter sports. We are best known for winter sports. The most popular are skeleton (our “winter sport kings” are brothers Martins and Tomass Dukurs), luge (Mārtiņš Rubenis, and brothers Andris and Juris Šics) and bobsleigh (Oskars Melbārdis and his team). Our own ice track at Sigulda and our local engineers ensure that we have successful and promising generations of sportsmen in these sports.

Summer sports. Although we are a northern nation and ice hockey may be one of our religions, along with the other sports mentioned above, the arrival of summer brings a new playground and other achievements. Take beach volleyball as an example.

Latvia has only 500 km of coastline but that is no impediment to success. Our team returned from the last Olympic Games (London 2012) with a bronze medal. Then, in the 2013 season the Latvian team of Aleksandrs Samoilovs and Jānis Šmēdiņš finished 1st in the International Federation of Volleyball Season Ranking for men, ahead of long-time leaders from USA and Brazil. 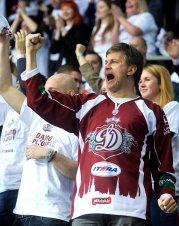 Photo: Ieva Cika (LETA)
Our supporters. International correspondents have compared our ice hockey fans to the beating heart of sportsmanship. We believe this to be true not only in ice hockey, where our fans are nicknamed the 7th player.  The driving force behind our achievements is our supporters. In ice hockey, football, beach volleyball or any other sport, our teams can count on large numbers of people to provide support and keep their fingers crossed for victory.

An incredible moment in history. IIn 1935, Latvia won the first FIBA EuroBasket Championship which took place in Switzerland with 10 competing nations. Even though there are more famous national basketball teams than Latvia, it was the Latvian team that was the first to earn the title of Champion. The movie “Dream Team 1935” was created in 2012 about this particular competition and Latvia’s road to success in it.