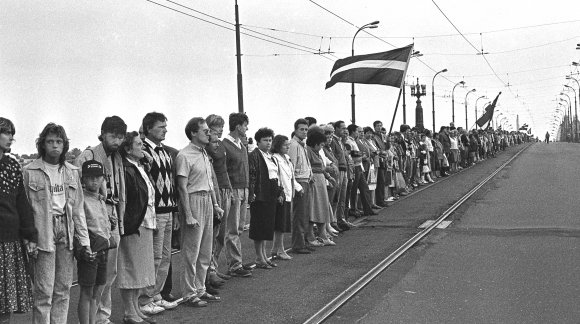 The history of Latvia goes back much further than 1918 when Latvia was proclaimed an independent country, and goes hand in hand with the history of Europe. But if you want a short, yet truly comprehensive insight into Latvian history, you should remember these three historical landmarks. 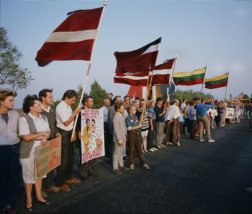 Photo: Imants Prēdelis
The Baltic Way – one of the most creative non-violent protest activities in history. On 23 August 1989, approximately 2 million people joined hands to form a human chain spanning over 600 kilometres across the three Baltic States – Estonia, Latvia and Lithuania – which were all part of the Soviet Union at the time.

The Baltic Way took place on the 50th anniversary of the Molotov-Ribbentrop Pact, which led to the occupation of the Baltic States in 1940. 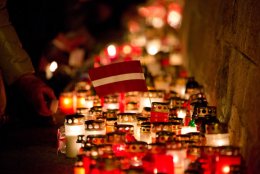 The Bermondt Affair - this ended in the greatest victory in Latvian military history. 32 000 Latvian troops against 45 000 troops led by the so-called West Russian Volunteer Army leader Bermondt, 20 Latvian cannons against Bermondt’s 100, 3 Latvian planes against Bermondt’s 100 – against all odds the Latvian army, supported by the Estonian navy and armoured trains, succeeded in defending Riga against the West Russian Volunteer Army in November 1919.

The event, known as Lāčplēša Diena, is still commemorated every year on 11 November by lighting candles in house windows and on the banks of the river Daugava. 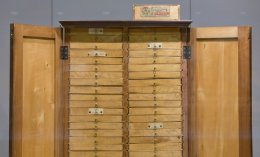 Dainas - this is a traditional form of music or poetry, usually consisting of four lines in quatrain form. Dainas are specifically Latvian in their structure, thematic sentiments, and worldview. Dating back well over a thousand years, more than 1.2 million texts and 30 000 melodies have been identified and collected.

Extensive work on collecting them was carried out during the 18th and 19th centuries. 268 815 handwritten pages 3x11cm in size are stored in the Cabinet of Dainas (Dainu skapis), which is included in the UNESCO Memory of the World Register and can be seen in the National Library of Latvia. Known also as the Castle of Light, this new building is the main venue for the Presidency events in Latvia.

Latvia's colourful history is packed full of interesting information for those who are willing to explore. Plunge into the history of Latvia for more details on the events that shaped our country and made it the way it is.