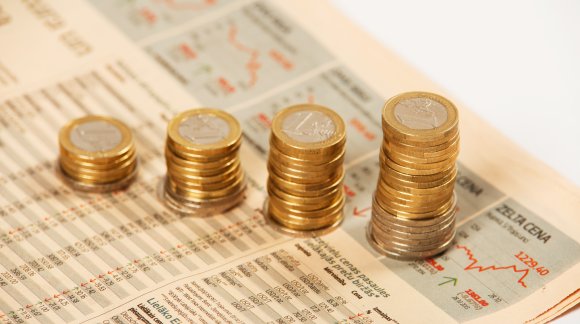 In the aftermath of the financial crisis there has been a considerable amount of debate on how best to tackle the 'too-big-to-fail' issue, and much has been done since then to build up and strengthen the Banking Union. The Banking Structural Reform proposal comes as the last building block of the Banking Union.

Banks that actively engage in trading activities may pose risks to the stability of the financial system through excessive risk-taking and proprietary trading. Trading activities are more prone to market volatility than other core banking activities, and such trading activities can be very volatile. This is particularly true for banks that are considered as 'too big to fail': this status gives them access to cheaper funding, which allows them to build up substantial trading portfolios and in turn can create significant systemic risks. The Banking Structural Reform is aimed at preventing such systemic risk from trading activities.

Simply put, under a size-based approach the presumption is that the greater the number of certain activities carried out, the greater they risk they present. That is a bit like assessing oranges by size – even though two oranges of similar size are not necessarily of the same quality and do not necessarily give the same amount of juice.

As with oranges, the financial instruments used by banks also differ from each other, not only by type but also by how liquid they are, who the issuer is, what their maturity is, and so on. Also, the ability of banks to bear risks differs depending on their capitalisation, the quality of the rest of their portfolio, their deposit base and other factors. Therefore, it is not sufficient to look only at the aggregate size of trading activities in order to determine risks, but further scrutiny is required of the bank in its entirety, just as counting oranges would not be enough to determine their quality and the amount of juice they contain.

Returning to the Banking Structural Reform proposal, Member States have raised concerns that the initial Commission proposal relied too heavily on size-related criteria to determine the need for the separation of trading activities, while failing to properly capture particular risks arising from those trading activities. These discussions have been lengthy – having gone on for almost 2 years now – and Member States have insisted that a more granular and risk-based approach is needed to assess risks from trading activities. By this they mean that the supervisor should look at specific risk criteria (that are commonly accepted in the financial industry) for individual trading units to determine whether or not trading activities should be separated.

Additionally, as events in financial markets can develop quickly, the supervisor should also look at qualitative criteria aimed at ensuring the adequacy of internal procedures in preventing the build-up of excessive risks, thus acting preventively rather than reactively (ex post).

Member States have also raised concerns with regard to unintended consequences arising from the separation of trading activities, particularly with regard to market making. This concept is important for the functioning of the real economy as it facilitates financing for corporations, municipalities and governments, and provides investment opportunities for investors (such as pension funds). These concerns have earned particular attention due to the current weakness of liquidity in fixed income markets, and the widely debated need for the Capital Market Union that will depend on liquidity in securities markets, which in turn will be facilitated by market making. Whilst the establishment of the Capital Market Union is certainly not the goal of the Banking Structural Reform, such significant interconnections within the financial market need to be considered when taking decisions on the Banking Structural Reform proposal. After all, there is no risk of having a bad orange when there are no oranges, but without any oranges at all you cannot make juice As a result, there are now safeguards in the Banking Structural Reform proposal to ensure that supervisors carefully consider both costs and benefits before taking a decision on separating market making activities.

The debate within the Council has moved towards the view that a risk-based approach to assessing the need for separation is the right approach, but this cannot work unless the competent authorities are given the discretion to consider both the risks and benefits of market making or client activities for the real economy before making any decisions  on separation. This is essential in order to reach the balanced outcome required for the development of the real economy.

As a final note, I would like to stress that, despite the initial differences in views among Member States, significant progress has been made on the Banking Structural Reform proposal.

Let us dispel the illusion that oranges of the same size always yield the same fresh juice!

By Anna Dravniece, Chair of the Financial Services Attaches Working Party on the Banking Structural Reform